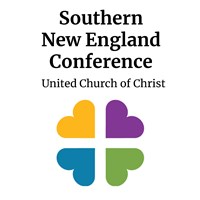 After a three-month delay due to the pandemic, the Bridge Conference Ministers have now begun restructuring the Conference staff.

The process was originally slated to begin in March, but was put on hiatus for three months while the Conference Ministers worked with the Board of Directors to adjust the new staff model in response to COVID-19 and the developing Anti Racism movement. They have been working to change some position descriptions to enable the staff to better respond to the current climate. They have also reduced the overall costs, as the Board expects Conference income to decrease, due both to the temporary closure of its retreat centers and camps and the economic uncertainty of this current pandemic time.

Current staff who wish to transition to the new Conference staff structure are invited to apply for positions in which they are interested. Some positions in the new structure are being posted internally, and others externally.  The first of those positions were posted this week, and others will be added over the next two months. Those being posted externally will be in the Conference Postings section of the website classifieds here. Positions that call for ordained clergy will also be posted through UCC Ministry Opportunities, while those more suited to laity will be posted on other job websites.

An updated overview of the new staff structure can be seen in this document. The plan was presented in an online informational session in the fall - a video recording of that is here - and the overall vision for the structure remains the same.

The Board and Conference Ministers have also been working with an HR Team to develop new personnel policies.

The search for a new Executive Conference Minister has been underway since the beginning of the year with a goal of having a candidate to present in the fall.

When the Connecticut, Massachusetts and Rhode Island conferences joined together to form the Southern New England Conference on Jan. 1, the current staff stayed in their respective positions but on new teams, which were formed according to the Conference's Vision statement. The staff have continued to work in those teams primarily from home since March, conducting meetings online.