2/16/2011 - Spotlight
Share
Babies grow so rapidly. One day they are in tiny infant clothes, and the next week they’ve moved to size 6 months and before long they are in toddler outfits. Sometimes they’ve reached a larger size before the tags have been removed. What can you do with all those tiny pink and blue outfits?
Pat Cleland, a member of the United Congregational Church of Holyoke, came up with a ministry to help clean out closets while helping young mothers. 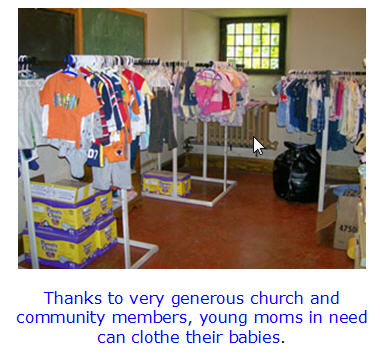