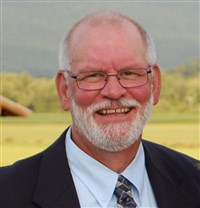 By Rick Lawrence, Conference Treasurer and member of First Church of Christ, Sandwich

The big news since my last report to you a year ago is that 47 congregations – about 12% of the local churches in the Conference – have opted in to United Church Mission. Your Treasurer and Board are delighted about this! United Church Mission is the new method of proportional giving to the wider church approved by the delegates to Annual Meeting in 2014. For these 47 churches, there will be no more temptation to trim membership rolls to minimize Fellowship Dues. It will be easy for their members to understand their giving to the ministries of the United Church of Christ beyond their local setting – it’s simply a proportion of total income. If this sounds good to you, and your church is not yet one of the 47 who have opted in, please contact Associate Conference Minister Jonathan New to learn more.

There were many reasons for this outcome, some welcome and some unwelcome. The major unwelcome reason was the illness of Associate Conference Minister Andy Gustafson, which resulted in underspending of compensation and travel costs by about $85,000. (Andy received disability insurance benefits during much of his illness, which do not come from the Conference budget. His position was also vacant for some months after his death.) I am sorry about this budgetary savings; we would much rather have paid Andy.

On the more welcome side, Pilgrim Day Camp and the Edwards House Meeting and Retreat Center exceeded budget expectations by a total of $40,000. Located on 113 acres at the Framingham site, Pilgrim Day Camp has served as an interfaith community outreach ministry for over fifty years, and Edwards House Meeting and Retreat Center serves Conference-related groups and other nonprofits. Also welcome were program cost savings of about $80,000, as the trend toward ‘breakeven’ program events (for which fees cover the direct costs of venue, speakers and supplies) continues. Smaller variances in income and in legal, development and office expenses made up the rest of the savings for 2014. The table at right summarizes the Conference’s income sources for the past two years.

There were 87 churches that increased their giving to Basic Support from 2013 to 2014, 100 churches stayed the same, and 90 decreased their giving. The decreases totaled a bit more than the increases, yielding a decrease of just over 1% overall. OCWM Basic Support represents voluntary direct contributions from our local churches in support of the work of the Conference and the National setting of the United Church of Christ. The $782,445 above reflects the 47% of the total OCWM that is retained to carry out the mission of the Massachusetts Conference. The other 53% was sent on to the National United Church of Christ for national and global ministry and mission.

Revenue from Fellowship Dues, which churches pay on a per-member basis, was $975,027, about $5,000 less than the budgeted amount of $980,300. The collection rate – that is, the percentage of Dues theoretically owed which are actually paid – remained essentially level with 2013, at 82.2%.

Based on the 2014 results and other changes since last year, the Board made minor revisions to the 2015 budget. Projected United Church Mission receipts were added to the revenue section of the budget, with corresponding decreases to Basic Support and Fellowship Dues. An increase in overall projected revenues and a decrease in institutional costs allowed the Board to provide a 3% increase in salaries and wages, rather than the
2% originally planned. The result is a budget with a projected deficit of $41,500, as approved by the Annual Meeting in 2014.

In addition to the work reflected in the annual budget, the Board is in its second year of funding a three-year contract with the Center for Progressive Renewal. Made possible by legacy money from Union Congregational Church of Winthrop and the Federated Church of Warren, this project will train up to thirty Conference leaders and coaches in cutting-edge strategies for church renewal, work intensively with four strong congregations needing resourcing to get to the next level in their ministry, and build two online courses to support the Small Membership Churches program of the Conference. The Board is deeply grateful for the gifts of the saints at Warren and Winthrop, who planted the seeds for new life-giving ministries even as they closed their doors.

The proposed 2016 budget, which may be found elsewhere in these Advance Materials, reflects anticipated income of $2,220,850, expenses of $2,270,850, and a transfer from operating reserves of $50,000. The projected budget reflects much consistency with the revised 2015 budget.

For Fellowship Dues, we assume a membership loss of 2.5% and a collection rate of 82.5%. The Board of Directors recommends that Fellowship Dues for 2016 be set at $18.55 per member, consistent with the 1993 vote of the Annual Meeting which ties Dues increases to increases in reported local church expenses. This represents an increase of forty-five cents per member, or 2.5%, over the 2015 Dues rate.

With regard to expense, as the program area of operations continues to become more efficient, the Board proposes a reduction in budgeted program costs, confident that this will not hamper the work of nurturing local church vitality. This decrease more than compensates for the projected decrease in giving by local congregations. Along with some minor consolidation of support staff functions made possible by staff turnover, this allows us to plan for a 2% cost-of-living adjustment to salaries and wages for 2016. Projected institutional costs (which include telecommunications, governance costs such as Annual Meeting and General Synod, legal and audit services, as well as office expenses) are essentially level with
the 2015 budget.

The Board recommends the use of $50,000 from the Operating Budget Stabilization Fund to balance the 2016 budget, should that prove necessary. It is worth noting that a similar amount has been budgeted, but not needed, in each of the past three years.

If you have read this far, you have probably noticed that the Conference has a very complicated financial system, involving both Basic Support and Fellowship Dues. Basic Support is shared with the National church; Dues are not. Dues are based on membership, but churches are asked to give proportionally to Basic Support. This system is very old, but almost no one in our pews knows or understands it – least of all our newer members and those from other faith traditions. United Church Mission, proposed by the Board of Directors and voted into existence by last year’s Annual Meeting, has a number of advantages over the Basic Support and Dues system: Although it is no longer possible to opt in to the new United Church Mission system for 2015, we hope that many more churches will opt in for 2016! You can learn more at macucc.org/unitedchurchmission, or from the Rev. Jonathan New of the Conference staff.

Those of us who serve as the Finance Committee of your Board of Directors seek to manifest good stewardship in pursuit of the mission of the Conference, as reflected in the proposed budget for 2016. We also see it as our job to build a financial foundation to nurture the vitality of our congregations, and the covenant among them, well into the future. United Church Mission is our way of inviting all of you to help set the stage
for ongoing ministry, that God’s love and justice may continue to be made real among us.

Thank you for your support, your faith and your vision as you carry and share the treasure of God’s Spirit throughout Massachusetts and beyond!