We have an excellent bill requiring that eyewitness identification be done scientifically. Among those who have been convicted of a serious crime and have later been found to be innocent, approximately 75% have been the victims of mistaken eyewitness identification. Senator Cynthia Creem has introduced S894, “An Act Improving the Accuracy of Eyewitness Identification Procedures”, which includes a double-blind process of interviewing of the eyewitness by the police, a timely interview with the eyewitness, videotaping of the interview and more, all in intricate detail. The bill can be seen here: malegislature.gov/Bills/191/S894. 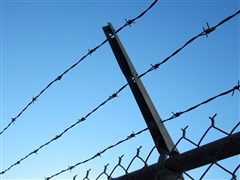 How are we doing in Massachusetts? We have 1,084 inmates serving life without parole as of 2018, which comprises 13% of our state prison inmates. That percentage is the second highest in the nation! In Massachusetts we don’t kill people, we put them in prison and throw away the key.

The life without parole bills are both named “An Act to Reduce Mass Incarceration”. The senate bill has been introduced by Senator Joseph Boncore and can be found at malegislature.gov/Bills/191/S826. The house bill has been introduced by Representative Jay Livingstone, and can be found at malegislature.gov/Bills/191/H3358. The bill numbers listed will remain the same.

The Actual Justice Task Team urges your support for these bills. The legislators who want to hear from you are your own senator and representative. You may already know who they are, but if you are not sure, go to malegislature.gov/Search/FindMyLegislator . You may discover your representative, and very likely your senator, do not live in your city or town, but that is the person you should contact.

Cosigning is a way for legislators to show support for their colleagues’ bills. The time has expired for cosigning house bills. H3358 has a very respectable 27 cosigners. There is still time for senate bills to be cosigned, so ask your representative and senator to cosign S894 and S826.

Bill status may be checked at malegislature.gov/committees/Joint. Senate bills may be cosponsored (cosigned) as long as they are still in committee. S894, "An Act Improving the Accuracy of Eyewitness Identification Procedures" and S826 and H3358, "An Act to Reduce Mass Incarceration" are in the Joint Judiciary Committee. Another bill of our concern is S1145/H1700, "An Act Ensuring Access to Addiction Services". It is in the Joint Committee on Mental Health, Substance Abuse and Recovery.

Bill S826/H3358 had its mandatory hearing on October 8, 2019. Four members of the task team testified as well as many others, in favor of “An Act to Reduce Mass Incarceration”, the bill to give every incarcerated person a parole review, effectively eliminating life without parole sentences in Massachusetts. By one count, supporters outnumbered opponents 68 to 9!  S894 had its hearing on October 22. Unfortunately, it received little support, though no opposition.

Contact by constituents is very important. Please express your support with your legislators!