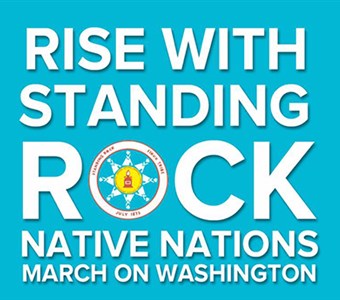 The Standing Rock Sioux Nation has issued a call for its allies to join them for a march in Washington D.C. on March 10th. As Chairman Dave Archambault II has declared, the struggle to be waged now is with Congress and the Trump administration. In nullifying an environmental impact study in the midst of a public comment period, the new administration has displayed its utter contempt for democratic processes. It is now time to march in the streets in defense of democracy and in solidarity with the Standing Rock Sioux Nation.

We want to connect our UCC presence at this event. Please RSVP to receive updates from Rev. Brooks Berndt, UCC Minister for Environmental Justice.