Send a message to the Senate Judiciary Committee in support of gun reform before Thursday's vote. Click here to add your voice!

A message from clergy in Newtown, Connecticut:

It’s been less than three months since our community experienced the unspeakable tragedy of the murder of children and educators at Sandy Hook Elementary School. 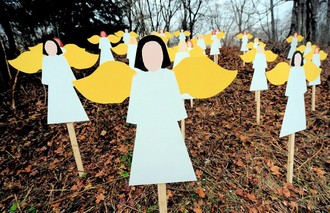 As the clergy leaders of Newtown, joined by clergy colleagues from across the nation, we have witnessed the scourge of gun violence in our neighborhoods, and we call on Congress to pass comprehensive gun violence prevention legislation that will help stop the slaughter.

The moral mandate to protect the weak in our care is clear and present in all of our faith traditions. Our varied faith traditions teach us to seek the peace of the city, to love our neighbor, and to cherish human dignity. To see the rising incidence of gun violence from Chicago to Newtown, Camden to Aurora, Detroit to Tucson – and how that violence particularly targets the young and the poor, especially in America’s urban communities - and yet to refuse to take the steps we know would reduce harm is a violation of religious values so severe that we are compelled to speak out.