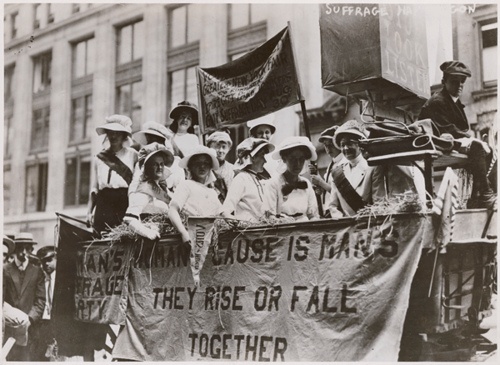 Women earned the right to vote 100 years ago this month

from the National Archives - Suffragists faced a difficult road in their march towards equality. Even women opposed giving women the right to vote. One letter calls it "an endorsement of nagging as a national policy."

Photo from the National Archives. For more photos, have a look at the Archive's Pinterest board.

To read "Women's Work and Women's Boards", an historical article by the UCC, click here.