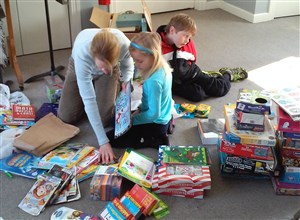 Belinda McBride, assistant director of Refugio Phoenix, reports that donations have been made by two churches in the MA Conference. Refugio Phoenix is a program of Neighborhood Ministries (NM), a faith-based non-profit organization in Arizona, designed to provide holistic care for unaccompanied minors age 12 and younger; they are housing many of the unaccompanied immigrant children arriving from Central America and Mexico.

"As you may be aware, the number of children arriving from Central America has dropped dramatically since last summer. Some of this is due to a normal seasonal decline and some is due to measures implemented by the U.S. and Mexico to prevent the children from getting past the Mexico/Guatemala border," McBride said. "Unfortunately, there has been no change in resolving the conditions from which the children are fleeing in their home countries. Therefore, we expect that eventually the children will find their way here through different routes. 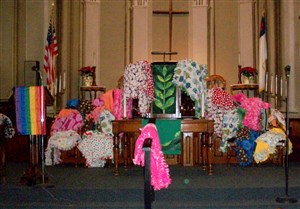 "We are hearing of an uptick in the numbers already, though gradual," she continued. "The Office of Refugee Resettlement has directed us to be 100% staffed by March 16 so we are actively working on that in hopes that we will have the opportunity to love on these children after our program has been fully staffed  This issue has certainly fallen off the radar because of the drop in numbers but the reality of the reasons for the influx of children has not changed, unfortunately."

When asked about current needs, McBride said, "Our biggest need at this time is for duffle bags and/or backpacks so that the kids are able to carry their new belongings with them when they leave us and go to their sponsor. These can be gently used, big enough for 4-5 outfits, a stuffed animal and their blanket plus a few toiletries."

Have donations to send? Contact Refugio Phoenix at:
602-718-1720
refugiophoenix@gmail.com