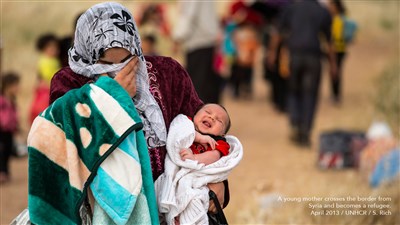 Over the past four years, the brutal civil war in Syria has resulted in over 4 million refugees and one of the worst humanitarian crises in history. Earlier this month, the photograph of a drowned 3-year-old asylum seeking boy pricked the consciousness of the world, highlighting the collective failure of the global community in addressing the crisis.

On September 20th, Secretary Kerry announced the U.S. will increase the number of global refugees it will accept annually from 70,000 to 100,000 by 2017. The U.S. has also donated $4.5 billion in urgently needed humanitarian aid. These are significant contributions, but the gravity and scale of the crisis demands doing much more - and doing it with greater urgency.