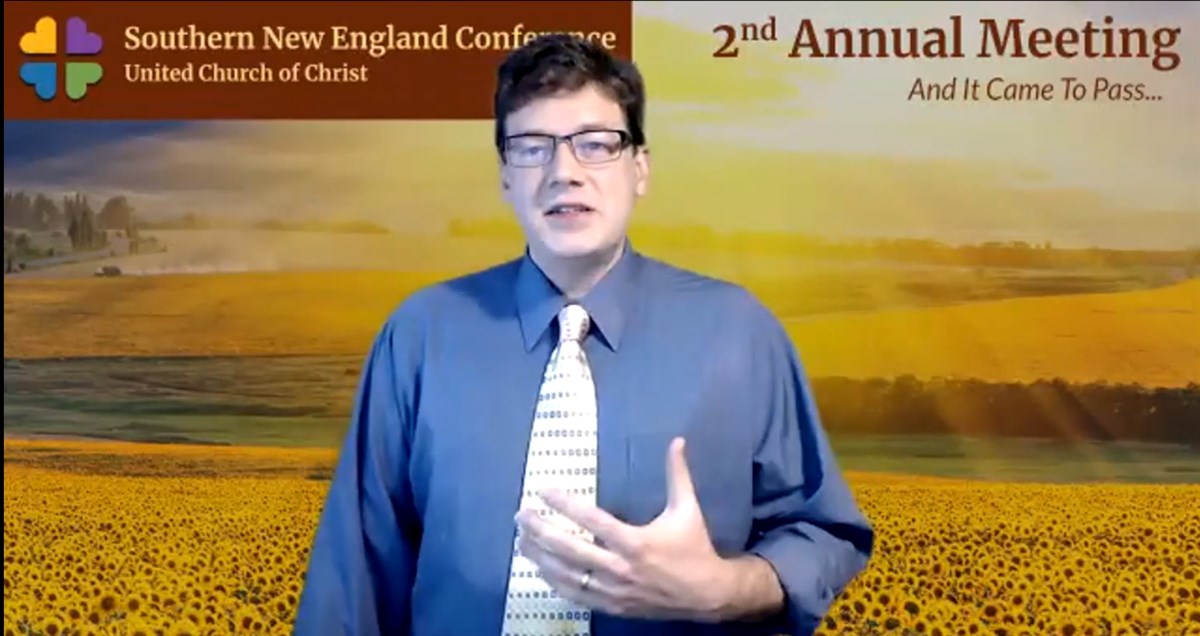 
The Board of Directors recommends: The second Annual Meeting of the Southern New England Conference endorses the following resolution to be presented to the 33rd General Synod: “The Alliance of Associate Conference Ministers of the United Church of Christ Requests to be Recognized as a Formal Group”.

The Synod resolution to which this vote refers may be found here.

In order for SNEUCC to sign on as a sponsor of this Synod resolution, we would have had to vote to do so at the 2020 Annual Meeting in September. The Board was unaware of the resolution at that time. However, given that our Conference has one of the largest groups of Associate Conference Ministers in the UCC, the Board believes it would be a significant statement for the Annual Meeting to formally express support by endorsing the resolution.
File(s)
Proposed Action to Endorse General Synod Resolution