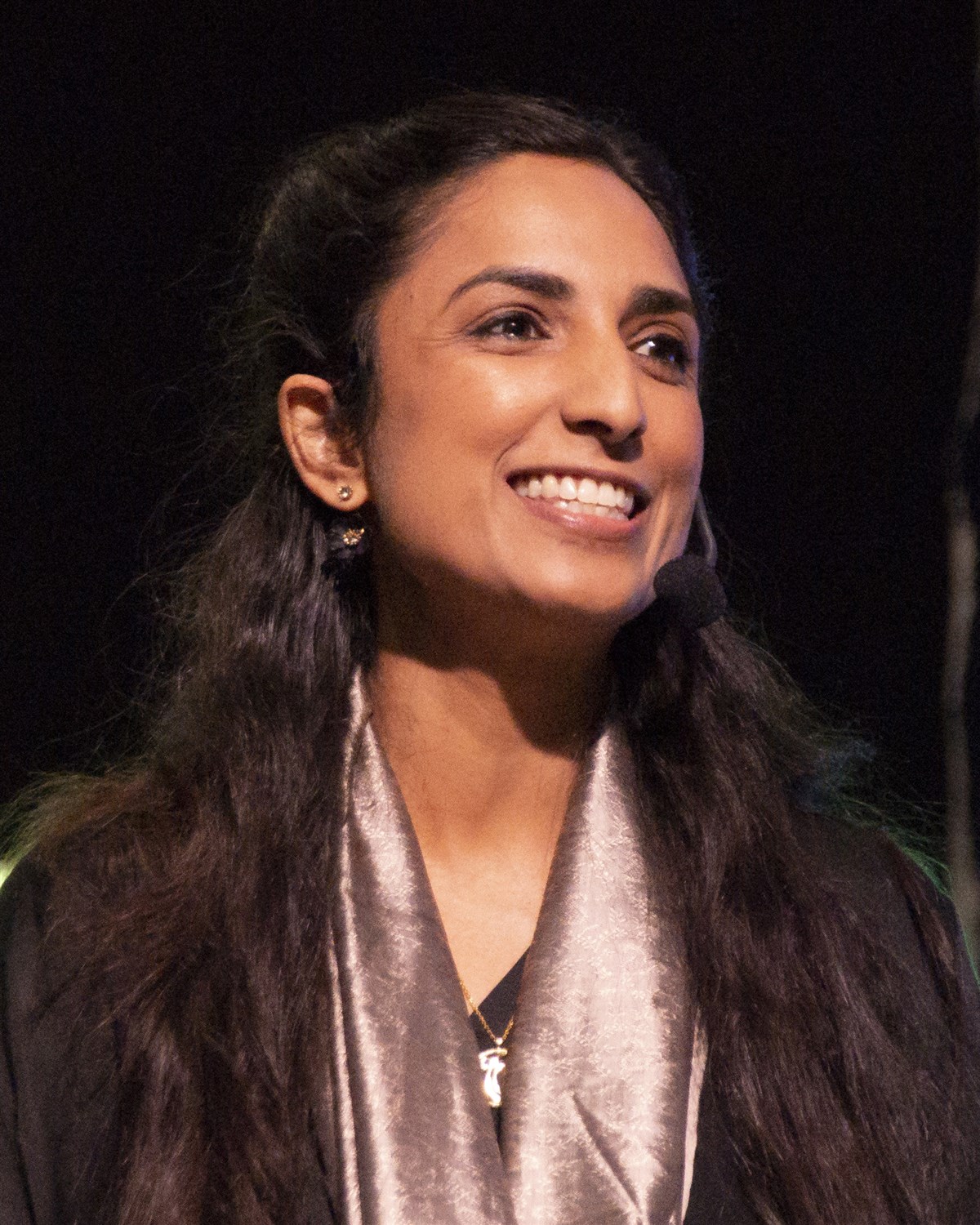 Annual Meeting Keynote Speaker Valarie Kaur started by educating the 700+ crowd on how to pronounce the word Sikh.  It’s ‘sick’ and not ‘seek’ as many people say, and it means students of truth.

Kaur - a Sikh activist - was encouraging the 700 Christians in the room get to know others, to see no strangers, and to choose to love even those who insist on hate.

Kaur, who is founder of the Revolutionary Love Project, told emotional stories of how she grew up hearing others call her a ‘black dog,’ felt the hatred of a nation marking her and her family as terrorists after the 911 attack just because of the clothes they wore, and saw a member of her community killed in a hate crime. She told of her father, out with her four-year-old son, being told “go back to the country you came from” as a dozen bystanders looked on, saying nothing.

“I am being inaugurated into the pain that brown and black mothers on this soil have long known: that we cannot protect our children from white supremacist violence. We can only make them resilient enough to face it, and insist until  our dying breath that there be no more bystanders," she said.

Kaur said the way to turn back the tide in this country is through revolutionary love, which as she describes it consists of three elements: love for others, love for opponents, and love for ourselves.
Kaur used the metaphor of birthing throughout her talk.  She likened the world right now to the transition phase of birth – the stage of labor right before birth, when women feel like they are pushing through the fire and are in fear of death. After pressing through with courage and faith, new life is born.

She congratulated the attendees for having the courage to birth something new with their vote to replace the three historic conferences with one, the Southern New England Conference, and for their commitment to justice.

“You are the faith leaders, and the community leaders. You are the church leaders and the peace builders.  You are the ones who have at your hands thousands of years of Scripture and story and wisdom that offers us guidance in how to labor in love for justice," she said.

“I've learned that the labor for justice will last a lifetime," said Kaur. "If we labor in love, then our labor becomes porous enough to let joy in. For we, we will be somebody's ancestors someday. And if we get this right, they will inherit not our fear, but our bravery."