Photo Journey Through 2020 with Edwards Church of Framingham

Summary of Interview with Rev. Debbie Clark of Edwards Church of Framingham

In terms of worship, the transition to an online format was very easy and quick. The Minister of Music at the church is incredibly tech-savvy. When the shut-down happened, he put together an eight-page proposal for how the church could move everything online. This proposal became the framework for what the church did from then on.

For worship, the church utilized Zoom. Staff were in the sanctuary initially. They soon transitioned to staff leading worship from their homes. This change was due to something the read from the conference that suggested worship from home would be better than in the sanctuary. Each week, they learned more and more of what worked and what didn’t.

The music minister had recorded eight years’ worth of music played in worship, and so was able to bring all this back from the vault to be used. This meant that all the music for worship had been performed by the people in the church. This became a guiding theme for the church; drawing upon the authentic faith expressions of the congregation. Some weeks the minister of music would layer the pre-recorded music with different voices. This would be combined with slide shows of pictures of people in the congregation they had from the past. Together, this created a sense of connection amongst the people in the worship service.

Debbie worked on creating and altar-scape in her home for her recordings and invited people on Zoom to share their special place they had set aside for worship. This use on Zoom was a great example of using technology to connect people, rather than for entertainment. This became a guiding mantra – technology is to be used here to help us connect.

One additional activity was delivering communion bread to people for world communion Sunday. This was home baked bread by someone in the congregation. Again, this was a focus on connecting people in the church.

In terms of racial justice, the church has a group of people called the ‘justice in love’ team. This is part of Open Spirit’s multi-faith group that has connection with the church as well as some overlap with people, but is an independent entity. They held three initiatives. 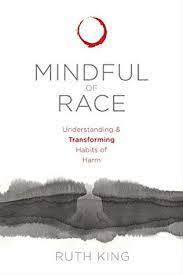 Secondly, they talked about the book entitled, Mindful of Race. This book is about mindfulness practice and racism. They did this for eight weeks, two hours each Monday night. 45 people came out for this the first night. They also did some yoga and other ways to honor our emotions. This was a way to talk about racism in a way that did not create defensiveness among the participants. Throughout the entire book discussion 70 people came to the class.

The third initiative was working with Jewish Family Services, which the church had worked with before. This focused on bystander training through Quabbin Mediation’s program. They also coordinated this with the Public Library.

The church wanted to find organic contributions that they could make to the larger society. They wanted to find anti-racist approaches to giving that are part of learning in mission. This is a focus on giving to connections and relationships rather than abstract causes people who were involved in this were stakeholders made up of churches and schools and people at other institutions. They met together to make a commitment to do a certain thing. They asked how do we hold ourselves accountable as well as others? For example, how would we hire A diversity equity and inclusion person for our organization? The church listed its commitments on its website these include things such as hiring a more diverse staff, building in metrics on our goals, etc. The people on the church board are leading this initiative, and Debbie finds herself having to slow them down. They are so excited to do this work! The five leaders are spending a lot of time teaching. Another group is called Framingham vibes. This is a community group in the larger Framingham town and there is a lot of cross pollination with people at the church.

The church has some future goals which include continuing to work on.

Frist, mindful racism. This was initiated on zoom and was very timely but the church will not continue this in the same way because people are far too busy now. It was the right thing at the right time, but they want to explore other ways to stay engaged in ant-racism work.

Second, the bystander training that the church people went through continues to work on its own.

Third, the hybrid experience of worship being both online and in person will continue on for the future because this stays with that connection theme that they found so helpful and important.

Overall, the urgency of justice work was important as was the ability to shift to an online format that made worship more inclusive.