“By what power or by what name did you do this?”

“By what power or by what name did you do this?’ Thus spake the reigning authorities assembled in Jerusalem – Annas the high priest and his minion of elders and scribes -- demanding from Peter and John an explanation. Peter and John had, the day before, been arrested and thrown in prison. Their crime? Doing the “good deed” of healing a man lame from birth. As Luke writes in Acts (3:7), “Peter took the lame man by the right hand and raised him up; and immediately his feet and ankles were made strong.” The lame man was overjoyed, “walking and leaping and praising God,” as he then entered the Jerusalem temple with Peter and John, who proceeded to teach and proclaim the resurrection of Jesus.

The public was “filled with wonder and amazement.” But the authorities not so much, in fact not at all; they took great offense, annoyed and no doubt threatened, or to be more precise, in the words of the Guatemalan poet Julia Esquival, “threatened by resurrection.” Peter and John were effectively challenging and, in their own way, much like Jesus with the money changers’ tables, symbolically upending the existing power structure, by channeling and exercising an altogether different power, a Spirit power that in the name of Jesus can bring life out of death, enlivening lifeless limbs, liberating despairing lives.

This is a formidable power, life-giving, death-defying, hope-inspiring, love-filled. This is a power that with courage confronts “powers and principalities,” with boldness denounces violence, and with fervor insists on and practices love-in-action. This is the power of the risen Christ that we as Christians proclaim and embrace. This is the power that is at the heart of our faith.

And this is the power that motivated a group of seven Christians, including a friend of mine, Mark Colville, from the Amistad Catholic Worker House in New Haven, to walk into Georgia’s Kings Bay Naval Base, the largest nuclear submarine base in the world, this April 4th, the 50th anniversary of the assassination of the Rev. Dr. Martin Luther King, Jr. There, armed with household hammers, crime tape, and baby bottles filled with their own blood, they enacted Isaiah’s mandate “to beat swords into plowshares,” by symbolically disarming the world’s deadliest nuclear weapon, the Trident submarine.

They were arrested and thrown in prison. They are being charged with criminal trespass and interference with government property. But their real ‘crime’ is exposing and seeking to upend the existing nuclear power structure which holds the whole of God’s creation, in effect, in its crosshairs. Their real ‘crime’ is proclaiming, through their witness, that God calls us, for the love of God and for the sake of the welfare of all humanity, to seek peace and pursue it. Their real ‘crime’ is acting in the name of Jesus, propelled by Spirit power.

What inspired them? On the one hand Scripture and their faith and on the other Dr. King’s prophetic caution against the “giant triplets of racism, extreme materialism, and militarism.” In a public statement, these seven explain their action as their effort to “bring about a world free of nuclear weapons, racism, and economic exploitation.” Quoting Pope Francis, they assert that, “[nuclear weapons] cannot constitute the basis for peaceful co-existence between members of the human family, which must rather be inspired by the ethics of solidarity.” Once inside the base, they taped to a building entrance a banner that reads “The ultimate logic of Trident is omnicide.” And on the walkway leading up to the entrance they spray painted Jesus’ words: “Love one another.”

Now few will choose, or are equipped, to engage in a Plowshares action; I know that I won’t.  But these seven, by their action, provide a powerful example of the heart and soul of the calling for us all as followers of Jesus. And that is to be channels for the life-giving, death-defying, hope-inspiring. love-filled Spirit power of God. That is to challenge the logic of death with the ethics of solidarity. That is to practice love, as the writer of 1 John exhorts, “not in word or speech, but in truth and action,” or in the words of Jesus, that is to “love one another.”

When we are called to account for our actions, like Peter and John, or like the Kings Bay Plowshares, may we each be able to give witness to the name of Jesus and give credit to Spirit power.

Give us the daring and dedication, O God, to challenge the logic of death, wherever we find it, with the ethics of solidarity; in all that we say and do may we be faithful to your commandment to love one another.


New Prayer Requests:
We ask churches and church leaders to join us in the following prayers either by sharing them during worship, printing them in bulletins, or sharing them in some other way. To make a prayer request, please contact Drew Page at drewp@ctucc.org. 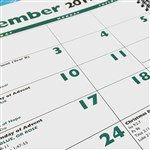 This Week in History:
April 16, 2007 (11 years ago) A mass shooting at Virginia Polytechnic Institute and State University left 32 dead, including the shooter, and more than a dozen wounded. The shooting prompted a bipartisan act improving record keeping for background checks on people ineligible to possess firearms due to mental illness or domestic violence, which passed both the US Senate and House unanimously in January of the following year. Part of this law was overturned in February 2018, two weeks after the Parkland, FL shooting.