In 1996, the First Church of Christ in Longmeadow, as part of a major renovation to its structure, decided to raise another 10%, or $100,000 to spend on others.  A committee decided that half should be given locally, half internationally. They called Global Ministries (the joint UCC/Disciples of Christ overseas mission) to see if they had any projects that needed funding.  Yes, they had just received a request from a group of pastors in Haiti, asking for $50,000 to build a headquarters, school, and church multi-purpose building.  A perfect fit, and a long-term relationship was started. The building was dedicated in 1998.

Once CONASPEH had a physical presence, it began to grow in numbers and influence in Haiti.  One big problem they addressed early was that only the Government or the Catholic Church could sign birth, marriage, or death certificates.  Getting to these offices in the rural areas was a near impossibility.  CONASPEH was granted authority to sign these papers, and soon Patrick Villier was signing thousands of forms monthly.  After CONASPEH started its own seminaries, graduates could also sign these papers.  A seemingly small but highly significant step forward.

CONASPEH runs College St. Andre, their K-13 school, with over 450 students at their headquarters building near the airport in Port-au-Prince. Most students would have no other opportunity for any formal education.  They also have a nursing school which recently received its state licensure.  They run a trade school, a sewing center, a beautician school, a micro-loan program, egg farms, shade gardens, and a food-for learning program. About 40 graduates are able to attend graduate school in Haiti with the help of scholarships from donors stateside. 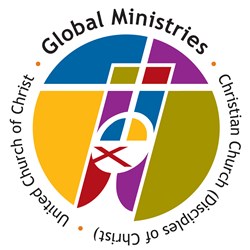 CONASPEH has grown tremendously with member churches throughout Haiti with a membership of about 1.5 million.  It has represented all Protestant church members on the five-member Commission overseeing national elections. They are supported by Global Ministries, Church World Services, and individual congregations in Longmeadow, MA, Northampton, MA, Kansas, and elsewhere.  Global Ministries initially supported a missionary full time, but as CONASPEH matured that need for such assistance has diminished.  Until a missionary fluent in Haitian culture and languages can be found, this position likely will remain unfilled.

On Jan 12, 2010 Haiti was devastated by a huge earthquake. Fourteen nursing students and three others were among the estimated 230,000 casualties when the headquarters building collapsed.  A week later, at a meeting with CONASPEH leadership, Francosie Villier reminded everyone that CONASPEH is not a building, but a philosophy, a vision made tangible, working to empower Haitians and change lives from the ground up through education, health care, skills training, and the sharing of a liberating vision for Haiti centering on equality and justice.

“When we fall, we must get up again: this is what makes us strong.  We must never stop working for our vision We will rebuild.  It will take a lot of work, but we will move forward because that is our service to each other and to God”, he said. The symbol of CONASPEH is an upside-down tree, with the roots in the sky getting their strength from God, but with the fruits of their labors (schools and churches) here on earth.

Fortuitously, before the earthquake, CONASPEH was able to buy the six acres of vacant land next to the headquarters building.  By April, 2010, classes had resumed under tents.  By the next year, a new headquarters building was built and, with the help of South Korean Presbyterian Churches, two large classroom buildings were built.  CONASPEH has emerged larger and better than pre-earthquake. The new buildings are steel reinforced and stronger. Also, CONASPEH  has acquired three acres of adjacent land with an abandoned sports club which they hope to convert to guest rooms for seminary or other students and a Haitian culture center.

Continuing challenges are a lack of reliable electrical power, lack of affordable internet connections, need to protect the sewing center and computer rooms from dust by air conditioning two class rooms plus office space, insufficient funds for food for learning, and the continuing need for scholarship support.

Sadly, Rev. Patrick Villier, age 56, died suddenly in Haiti in 2017.  His wife, Rev. Francosie Villier, took over leadership of CONASPEH, with the help of sixteen Haitian Bishops.  This has allowed Rev. Francoise time to obtain a law degree and become more active in Haitian politics.  Since the start of the Covid pandemic in 2020, the school and nursing school have remained open.  The assassination of President Jovenel Moise in July 2021, the dramatic increase in kidnappings and killings, especially in Port-au-Prince, plus the pandemic, have prevented any visits by us to Haiti since March 2020. Communication is limited to telephone calls and the internet. Rev. Angel Luis Rivera-Agosto, the head of Global Ministries activities in the South America /Caribbean region, continues to provide oversight of activities and finances of CONASPEH.