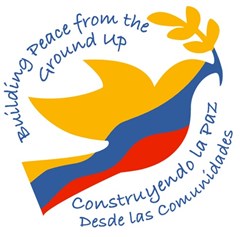 Since the adoption of the Colombia Resolution (01-GS-23) by the 2001 United Church of Christ General Synod 23, the historic Connecticut Conference - a predecessor of the Southern New England Conference - has partnered with the Peace Commission of the Evangelical Council of Colombia. The Peace Commission works with a wide array of churches in Colombia, seeking to build peace and work for human rights in the midst of Colombia’s ongoing armed conflict.

Since the 2001 resolution, the Christian Church/Disciples of Christ and the United Church of Christ, through Global Ministries, have partnered with JustaPaz, a Mennonite organization in Bogota, and the Peace Commission of the Evangelical Council of Colombia.

Read the items at left for recent news and more background on the Colombia partnership.

"Your presence has allowed us to be here in our village and be alive. You give us hope!"