In 1985, the Massachusetts Conference of the United Church of Christ entered into a Mission Partnership with the Pentecostal Church of Chile (IPC), an independent denomination founded in 1947 under the leadership of Bishop Enrique Chavez. Bishop Chavez held strong ecumenical commitments, joining the World Council of Churches in 1961, a first among Pentecostal denominations.

The UCC-IPC mission partnership, known in Spanish as pacto hermandad  has developed under the leadership of Massachusetts Conference and Chilean Bishop Ulises Muñoz. Over the last thirty-plus years, this partnership has developed many activities. The Massachusetts Conference supported a missionary in residence from Chile, Pastor Oscar Aguayo and his family. In partnership with Global Ministries, churches of the Massachusetts conference supported a ministry for the elderly in Chile with the creation of a Hogar de Ancianos (a residence for the 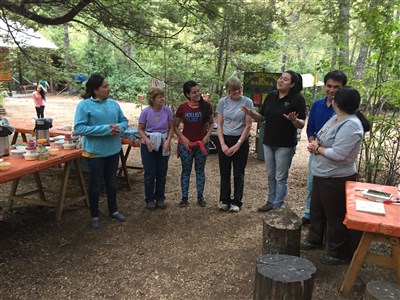 elderly). From 1996 until 2016, Mission Co-Worker Elena Huegel served in Chile through Global Ministries to support and facilitate the relationship with the church of the Massachusetts Conference. Her tenure included the formation and bi-national tour of a youth choir with singers from Chile and Massachusetts, the creation of the Shalom Center as an environmental and peace education camping ministry, the facilitation of trauma healing workshops, and a massive housing reconstruction campaign following the earthquake of 2010. 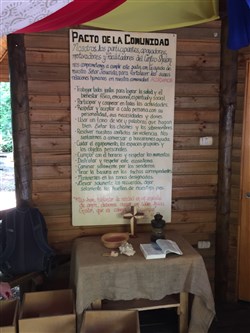 Currently, both the Massachusetts Conference and the Pentecostal Church of Chile are in transition. As the Massachusetts Conference transitions into the Southern New England Conference, the Pentecostal Church of Chile is electing a new bishop in February 2020 (for only the second time in its 70-year history). In this time of transition, both churches continue to accompany each other in concern and prayer, eager to witness what God will accomplish through their relationship with each other.

Photos from the 2017 Chile Youth Trip  courtesy of  Pastor Chris Ney, Chair of the Chile Partnership.  All photos this page taken at the Shalom Center, an environmental and peace education camping ministry located near Talca, Chile.  Home page 'Instagram' photo taken at the Pentecostal Cathedral in Curico.