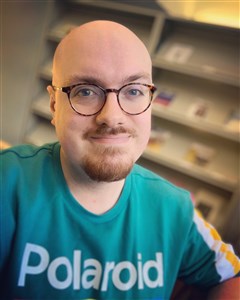 This past weekend, I traveled from New York City to Framingham, Massachusetts to give my second-ever presentation at Super Saturday. Its purpose: answering God’s call for the United Church of Christ to be an inclusive church where LGBTQ+ folks can belong and to dismantle homophobic interpretations of the Hebrew Bible and Second Testament.

After walking into the building and registering at the presenter’s check-in table, I found the high school classroom where I would lead this workshop. I connected to the WiFi and quickly searched for the Open and Affirming (ONA) status of each church represented by attendants before the morning workshop began. I found that roughly half had not declared themselves ONA, or a status declared by approval of a statement to welcome and affirm all people, particularly LGBTQ+ people, into the life of the church.

I expected that participants would have likely experienced some form of harm caused by the institutional church’s historical and current homophobia, whether they themselves were queer or knew someone who was. This harm is often caused by interpretation of “clobber passages” that are weaponized to deem queer folks sinful. Before getting into the complex work of undoing the clobber, I posed the question to the group, “What brings you here today?” Participants mentioned that many of their non-ONA churches were in the midst of the process, and they came to learn more about how to engage in conversation around deconstructing homophobic interpretations prevalent in their congregations. Ensuring the inclusion of LGBTQ+ folks is imperative to what it means to be a church in the 21st century. Individuals passionate about justice for queer people are often called to take on what can be very challenging work in their congregations.

According to the Building an Inclusive Church Toolkit, the ONA process could last anywhere from a few months to 5 or more years, depending on each church’s existing culture. Groups leading the process are encouraged to complete a congregational assessment to determine this pace at which they proceed. The overall process includes many steps, such as relationship building, storytelling, and educational opportunities, before conducting an exploratory survey and finally holding a congregation-wide vote to declare ONA status.

Workshop attendees, whose churches were already ONA, highlighted the importance of engaging in the conversation of what the Bible really says about LGBTQ+ folks. For one, the word “homosexuality” does not appear in original Hebrew or Greek scripture, or even in the biblical languages. The Greek word “arsenokoitai” appears in 1 Corinthians 6:9-10 and 1 Timothy 1:10, and is often translated as “homosexuality.” But the reality is that translation is interpretation, and the words we have in English do not always fully encompass nuanced meanings of words in their original languages. Exegetical study of “arsenokoitai” has shown that it refers to relationships between men who have unequal power dynamics that could lead to sexual exploitation. This is hardly the equivalent to what “homosexuality” means today. Interpretations of Leviticus 18:22 and 20:13 were also deconstructed in this workshop. These verses are often employed to deem gay men “abominations.” Analysis of the term “abomination” or “toevah” in Hebrew reveals that this word is much more nuanced than how it is used today. Christian ethicist Mark Jordan argues that the word “toevah” is used to refer to “violations of socially significant boundaries.” This term refers to things that are not morally wrong, but are in violation of ancient society’s views and rules about gender. Women were considered to be property of men, and penetrative sex between men resulted in “de-manning,” or diminishing another man’s social status in the ancient world.

The work of dismantling homophobic interpretations is not limited to deconstructing clobber passages, however. This workshop also covered more affirmative texts for LGBTQ+ people, including the story of David and Jonathan, who, according to one workshop participant, share one of the greatest love stories in the Christian Bible. Although it may be difficult to know for sure, the story of David and Jonathan certainly seems queer, especially considering the covenant they made together before God (1 Samuel 20:16-17), and after the death of Jonathan, David’s lamenting that Jonathan’s love for him passed the love of women (2 Samuel 1:26). Could this scripture be encoded for dual audiences: heterosexual audiences to assume strong friendship, and queer audiences to recognize the nuanced language and presume relationship?

The reality for many Christians today is that our moral code, whether completely or in part, are often derived from our sacred texts. The work of making the church spaces where LGBTQ+ folks can belong requires analyzing these texts in their original sociohistorical contexts and evaluating how they apply today. Undoing centuries-long harm caused by the church is a huge undertaking, and I commend the workshop participants for their open hearts and minds, and for preparing themselves to engage in the work of a just world for all.

James Admans is a Seminary Intern at Fort Washington Collegiate Church and M.Div. Candidate at Union Theological Seminary in the City of New York.

James Admans is a Seminary Intern at Fort Washington Collegiate Church and M.Div. Candidate at Union Theological Seminary in the City of New York.