Is Gun Rights Ruling a Free Pass for Lynchings?

Is Gun Rights Ruling a Free Pass for Lynchings? 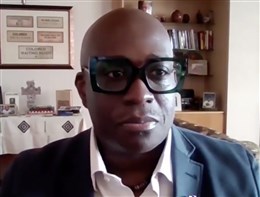 While driving from my home in Boston to a more rural area as part of my ministry responsibilities, I decided to stop for a snack. I did what has become my practice when traveling in unfamiliar areas: I looked for a convenience store that is part of a chain I recognize, in a well-lit location, and busy with customers. To be sure, while Green Books may no longer advise black travelers where it is safe for them to stop, I and most of the people of color I know still make these types of calculations.

Once inside the convenience store, I decided to have a fountain drink. With no other customers near the machines, I went about filling my cup with ice and starting to dispense my Diet Dr. Pepper. A few seconds after I started doing that, I realized someone had come up behind me. I heard him sighing and moving about. Knowing there was an identical machine mere feet away – and that it literally would take only a few more seconds for me to finish - I waited for the fizz to settle so I could continue to fill my cup.

Suddenly, the guy began swearing, forced his way up right next to me, looked angrily at me, and began dispensing a drink. Like many people, my impulse was to confront him for his awful behavior. He was rude, was violating my space, and was extremely disrespectful, all because I was taking longer than he wanted at a soft drink dispenser.

But as quickly as I had the thought, I calculated the risk. I was the only black person in this store in a community where I was unfamiliar, and there was a white man who was clearly bothered by my very presence. Would my words incite him to hit me? Would he decide to spit on me? Would he use a gun or knife he had hidden away?

So, I bottled up my rage. I even moved over, both to put more space between us and so that he could get done and move on. In that moment, I felt the centuries-long connection to black men and women who have had their worth denied – and even their lives taken – because they dared to insist on their right to be. I was angry to be treated in this manner and was ashamed that I felt unable to respond.

My fear is that on-the-spot lynchings will become even more common following the ruling in New York Rifle & Pistol Association v Bruen that people have the right to carry guns in public for “self-protection.” Stories abound about black men and women who were attacked, killed, or otherwise vilified when they wandered into a place someone decided they did not belong. Just ask Jermaine Jones, 16, of Florida.

I don’t see that any of us will benefit from this ruling, especially in a time of hyper polarization. I think it is especially harmful to black folks and other people of color who will no doubt be victims as others decide they need to stand their ground or claim they felt threatened by the presence of these people of color.

I find it ironic that this ruling came the day before the U.S. Supreme Court overturned Roe v. Wade, thereby ending the federal protection of abortion rights. As I wrote on my personal media platforms, in the span of 24 hours, the U.S Supreme Court said to black women and other people of color that they will be required to bear children, but they shouldn’t get too used to having them around because the Court has made it easier for them to be gunned down at any time.

It is devastating, and I believe this is a time for lament. I invite you to join me in calling out to God in anguish and disappointment. God can take it, and certainly already knows how we feel. There is no need for pretense.

And in the tradition of the laments, I also remember the ways in which God has been with us and our spiritual ancestors. I believe God is with us even now and will be with us as we resist these assaults on human rights. As the gospel musician Johnathan McReynolds sings, “God is Good.”