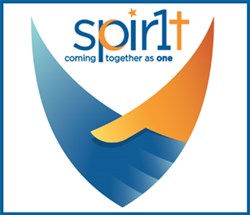 On the morning of November 9th, 2016, my wife and I woke up and, over coffee, decided to live our lives in opposition to the hate we saw around us. Neither of us had voted for Donald Trump, but neither of us believed he was the disease that had infected so much of American discourse and life. He was more a symptom of it. We knew, because we worked in the media, that its fractured landscape meant an increased focus on a political identity for a great many websites and news networks. We suspected, because we used social media, that the amplification of those news stories across social platforms only affirmed the righteousness of a certain position for someone scrolling through a feed. We understood that economic uncertainty bred fear of a cultural or religious other. We believed, or at least strongly hoped, that love could still win out.

We weren't sure what exactly we would do, only that we should do something, so our three young kids could look back on these divided times and say, Here is how Mom and Dad tried to unify people. We had recently joined Farmington's First Church of Christ, Congregational, 1652, and when we spoke with the interim minister the Rev. Susan Murtha, she recommended we get involved with the church's arm of community outreach. We joined that committee and began speaking with its chair, Jane Smith, who had originated a series of talks, called Honest Conversations, where Christians tried to understand their Muslim neighbors and their faith. The Trump administration's so-called travel ban was in the news, and Jane, my wife and I began discussing how to beef up the Honest Conversations series.

We found a partner in the Farmington Valley American Muslim Center, in Avon, and settled on a conference. It would feature not only world-renown theologians but local ministers and imams. We would discuss the differences in our beliefs and the biblical similarities. We would listen to religious experts and also those who'd spent their lives as Christians or Muslims empowering women, or working for social justice, or instilling morality in youth. We would host a conference about the shared humanity that arose from our faiths, and along the way perhaps highlight the goodness within everyone.

For the past eight months a committee from First Church and the FVAMC has worked to make our plans a reality. On October 27th and 28th our Spirit One Conference will make its debut, with speakers and sessions covering everything we'd wanted the conference to cover. It's been a blessing to meet and develop friendships with the members of the FVAMC. My hope is that the conference will leave you as inspired as I feel right now, just writing about it.

You can register for the Spirit One Conference here.

Paul Kix, an author and deputy editor at ESPN the Magazine, is co-chair of the Spirit One Conference.

Member of First Church of Christ, Congregational, 1652, in Farmington.