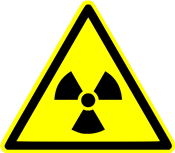 Given the rising tensions about the possibility of a nuclear attack by Russia, we citizens and church members of Massachusetts and the Southern New England Conference, like every state of the union, must be as informed as possible about relevant New England industries’ contributions and Air Force’s collaboration for preparedness.

The MA House bill: Resolve H.3688, authored in 2019  by Rep. Lindsey Sabadosa of Northampton, calls for the establishment of a “Citizens’ Commission” to keep Beacon Hill aware of the stark reality of today’s “twin” existential threats, nuclear fall-out and the present climate crisis. It would not have the force of law, but serve an advisory capacity, at no cost to the Commonwealth. It is now in the hands of the Joint Committee on Public Safety and Homeland Security. We urge you to scan the list of serving Representatives. If you should have a member In your District, please contact them, urging your support for this measure so vital not only to our state, but also our nation, and, for that matter, the world. A vote will be taken in April or May of this year. Here is the link.

An old wisdom tells us, “Knowledge is power”. The more aware we are, the stronger and safer we all will be as we face an ever uncertain future.

What are the origins of our Nuclear Ban Task Team? We began meeting in 2018, energized by the U.N. General Assembly’s approval of the International Coalition Against Nuclear Weapons, or ICAN, movement in July, 2017.  It had crafted The Treaty For the Prohibition of Nuclear Weapons (TPNW), and by August, 2021, 50 nations had ratified it (now up to 59, and counting), thereby making it illegal, under international law, to manufacture, possess, or sell these missiles. However, it comes as no surprise to learn that all nine possessor-nations have refused to honor this treaty.  Even so, there is mounting pressure.

Locally, we belong to two active organizations: Northampton-based Nuclear Ban US, an affiliate of ICAN, and the Back From The Brink (BFTB) campaign of the Los Angeles-based Physicians For Social Responsibility. We also collaborate with the Massachusetts Peace Action Coalition or MAPA (with offices at First Church Cambridge), and are advised by our UCC’s Just Peace Advocate in Washington, D.C., Michael Neuroth.

Our hope is to work with local church members, teams, or committees across the Commonwealth, hoping that they will be moved, at this very hour, to speak to their representatives advocating Resolve # 3688. Just one person calling from their specific district will, believe it or not, have an impact many times over.