Work for Justice Fundamental to Call of Christianity

Work for Justice Fundamental to Call of Christianity

9/24/2021 - by: James Ross - Conference staff
Share
A Message from the Minister of Diversity, Equity, & Inclusion 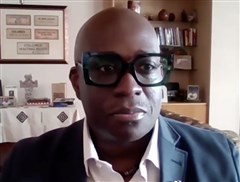 I’ve recently become obsessed with Netflix’s “Fastest Cars,” in which people who have transformed junkers and other “sleepers” into high-speed race cars compete at the track against one another and at least one exotic “supercar,” such as a Ferrari, Lamborghini, or McLaren.

In one of my favorite episodes, Joshua Mazerolle shares the story of buying a rusted, non-operating 1977 Toyota Hilux pick-up truck for $250 in California. He worked on it for a few days to get it running, then set out to drive it home to New Hampshire. After stopping for repairs 35 times during his first 200 miles, Mazerolle devised a plan: anyone who helped him with repairs, offered him a place to shower, or assisted in any way would be invited to sign their name on the truck. Hundreds – perhaps thousands – of people have since left their marks on the souped-up heap.

“I’ve come to the realization that if you look at the world through the eyes of the media, it is a dangerous, scary place,” Mazerolle said. “But if you get out there and experience it on a person-to-person level, there is a lot of love, kindness, and regular people who just want to help.”

I think Mazerolle is right, and I wonder how our engagements with each other would be different if we internalized this idea as an operating norm. How would we see people of different races, particularly folks who are members of racial groups that have been historically stigmatized and/or demonized? How would we see people of other countries, especially countries with which the United States has had conflict? How would we see folks who are desperately poor, and those who, for whatever reason, don’t comport with our ideas of normal, acceptable, or godly?

Communities throughout the Southern New England Conference are preparing for a likely influx of people resettling from Afghanistan. I am heartened that many congregations are eager to help our coming neighbors. I also know that differences in culture, language, and history will inevitably bring challenges. My prayer is that as we engage on a person-to-person level, we will both move beyond our own biases and prejudices and insist that our communities become welcoming spaces, as well.

I pray, also, that we will continue to seek justice for Haitians, people seeking to enter at the country’s southern border, and all who stand in the need of help and prayer – wherever they are and for whatever reason.

I believe that work for justice is in keeping with the work and life of Jesus and fundamental to the call of Christianity. I believe it is key for all who desire and seek to move toward Beloved Community. I believe it is essential if we desire to transform Earth to be as it is in Heaven.

Joshua’s comment about the love and kindness of regular people isn’t an effort to deny that there is danger in the world. When I share the remark, I don’t seek to negate the very real impacts of structures of domination and oppression that shape political, economic, and cultural realities. Instead, I believe that abundant love and kindness when combined with knowledge, strategy, and commitment are essential weapons as we seek to disrupt and destroy those destructive forces.

I give thanks for the work and partnership of the members, churches, associations, ecumenical partners, collaborators, and others who seek to bring forth a new reality within the Southern New England Conference communities and beyond. I look forward to all that we will continue to do together.