1/13/2017 - by: Dennis Knight - Justice and Witness
Share
A month ago, on December 7, 2016, we marked the seventh-fifth anniversary of the bombing of Pearl Harbor, an event that catapulted the United States into the fiercest armed conflict it has ever known.  Termed “a day that will live in infamy” by then President Franklin Roosevelt, the scars of the war that began then remained fixed in the American psyche.  Visible scars remain as well in places such as the underwater memorial created by the hulk of the battleship Arizona which has rested undisturbed in the waters of the lagoon where it was sunk all those years ago.

And while that day remains infamous, all that associated with it has taken on a complex texture since.  Time and events in many instances have muted in unexpected ways. This great span of years later, enemies have become allies, with Tokyo and Washington making common cause in a world defined by stresses and adversaries much changed from 1941.  Individual combatants have become comrades, as attested by the documented stories of Japanese and American fighters meeting as aged civilians and finding their way to reconciliation.

The stage for World War II was cosmic.  Indeed it is the nature of sweeping conflict to be engulfing.  Still, even as the tale is writ large, the measure of what it all means lies in the ways individual lives are affected by ongoing events. And there doesn't have to be a war for individuals to be affected by conflict, as our latest presidential election has illustrated. As Minister and President Jim Antal recently wrote in Mourning in America, "For months the media has made clear that millions are angry....  I believe that anger is rooted in grief – grief for a world that is no more; grief for a world to which we cannot return.  Our God is a God of hope. Yet the prophets teach us that we get to hope only by facing reality and moving through our grief."

It is a presumption of warfare that all can be sacrificed in the struggle to prevail.  In war it is permissible to offer up every resource, including that of human life, in pursuit of “winning.” And it seems that in politics it is permissible to offer up human rights in pursuit of winning. Although we can soberly reflect upon a time when it was otherwise, peace now lies upon our land (as it relates to war) and we can live our lives unhindered. But we can also say that the past few months have been less than peaceful among all people.As Jim wrote, "Our calling and challenge is to assure that love wins and to make real the assurance that the moral arc of the universe – while it may at this moment seem infinitely long - bends towards justice.  Amidst division that has never been more plain – this is God’s calling for all of us."

On Christmas we celebrated the arrival of one known as the Prince of Peace, with joyful and not despondent spirits such as were spread those across the land in 1941 and the several years to follow. But we are still called as faithful people to reserve a place within our hearts for those who struggle to survive in war-torn places like Syria and swaths of the Middle East, or South Sudan, or those consigned to live as refugees or wanderers across the face of the earth, or indeed even those who dwell in strife filled places within our own nation’s towns and neighborhoods, understanding that they experience December 7 and every day, not as an anniversary but as an ever-present reality of their lives.

We are called as faithful people to commit ourselves to the notion that there shall be no more victims born of violence perpetrated by one human being against another.  We are beckoned as Christians to help usher in true “tidings of great joy” for all people everywhere, and to work to bring about that day when all people might live out their hopes and dreams over a full span of years, and not have them foreshortened by “cosmic clashes” that would see human lives as expendable -- either through war or politics. Let the new year of assuring love wins begin.

“they shall beat their swords into plowshares, and their spears into pruning hooks; nation shall not lift up sword against nation, neither shall they learn war anymore.” Isaiah 2:4a 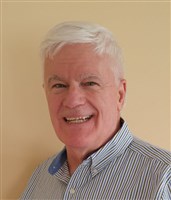 Dennis R. Knight, Senior Minister Emeritus, is currently serving as minister of Pakachoag Church, Auburn, MA . He is a native of Rhode Island, and a lifelong member of Beneficent Congregational Church, where he was ordained in 1973, after graduating ...