11/18/2021 - by: James Ross - Conference staff Environment
Share
This is adapted from a sermon that Rev. Ross delivered at Christ Church Dracut (MA) on Sunday, November 14. 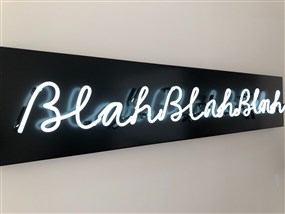 Greta Thunberg, the 18-year-old Swedish environmental activist who has been lauded internationally for challenging world leaders to act immediately to mitigate climate change, isn’t impressed by outcomes of the two-week United Nations Conference of Parties 26 climate summit that just ended in Glasgow.
“The #COP26 is over,” Greta tweeted. “Here’s a brief summary: Blah, blah, blah.”

She was criticizing a deal by government negotiators from 200 countries that significantly weakened the language about reducing coal emissions. Specifically, the final agreement calls for countries to “accelerate efforts toward the phase-down of unabated coal power and inefficient fossil fuel subsidies.” Earlier language had called for all oil and gas subsidies to end. It also called for a phaseout of coal, rather than a phase-down.

I claim no special expertise about climate change, but I understand this frustration. And, sadly, this kind of exasperation is not limited to climate action. What begins as great promise for change – on a variety of issues – often seems to end with just a lot of blah, blah, blah.

In fairness, many laud the outcomes of the United Nations gathering. But this also is a fact: Carbon emissions are on track to rise by 16% by the year 2030, according to the UN, rather than fall by half, which is the cut needed to keep global heating under 1.5 degrees Celsius, the internationally agreed limit.[1] This is a matter of urgency and, according to scientists, it has to do with the very continued existence of the earth.

It reminds me of the apocalyptic vision that Jesus shared with the disciples in Sunday’s Gospel text of Mark 13:1-8. The chronology goes basically like this: I can imagine that as Jesus talked, all the disciples heard was “blah, blah, blah.” And perhaps that is what we hear, too. As Emerson Powery of Messiah College notes, it is easy for those of us in what we call the developed world to handle a “parable speaking, disciple calling, village loving, synagogue attending Jesus, one committed to his family and who performed kind deeds for others.”[2] But it is far more difficult for us to grasp this Mark 13 Jesus, “the end-of-the-world apocalyptic prophet figure who distanced himself from family and religious institutions.”

So, when we and the disciples hear Jesus’ words in this text as “blah, blah, blah,” perhaps it is because we have forgotten that Jesus had previously signaled to the disciples and us that those very buildings the disciples were looking at with awe were built from the exploitation of widows and the poor. How could they possibly continue to stand?

It is us humans – all of us – who are good at blah, blah, blah. And that is understandable. It can feel good to talk and pontificate. Talk can be an important first step to any kind of change. But stopping there might not be the same as working for justice.

Sure, we should talk to bring others along, to explain things, and to influence cultural change. Sometimes, though, our talk is just blah, blah, blah.

When George Floyd died after being pinned under the knee of a Minneapolis police officer last year, there was lots of talk throughout the country and world about a coming racial reckoning. But for many, the moment has passed. Black people are still dying from violence committed by police – and lack of access to equitable healthcare, and so much more.

Yet, no reckoning seems imminent.

Efforts to pass legislation that would help transform some of our public structures have been stymied in many places, and they have been uneven in others. And public support for this type of transformation is waning.

Whether or not it was intended, what we have ended up with is a lot of blah, blah, blah.

When it became impossible to ignore the prevalence of hate crimes committed against people of Asian descent, many of us claimed we were ready to act. Blah, blah, blah.

When we observe Transgender Day of Remembrance on Saturday, people everywhere will cry – but what else will we do? Will it be just more blah, blah, blah?

Blah, blah, blah, blah, blah, blah, blah.
It would be easy to feel discouraged and overwhelmed by all of this.  Many of us are working hard and are desperate to see the results of our efforts. In the Southern New England Conference, we are doing much work together, from welcoming Afghan refugees to becoming Open and Affirming congregations, to confronting racism and environmental degradation.

I believe there is reason for hope.

In telling the disciples that those buildings with those awe-inspiring stones would fall, I believe Jesus was signaling a coming end to the oppressive structures that take from widows and the poor. It is a message of encouragement and hope for marginalized people in the First Century context and the 21st. Even if results are not evident during our lifetime, our work will not be in vain.

In the text, Jesus talks of chaos that will ensue, as nations rise against nation, kingdom against kingdom, and earthquakes and famines emerge. Amid all of that, Jesus says, “This is but the beginning of birth pangs.”

Childbirth is expected to be painful, but it also usually yields a new life, filled with potential and possibility.

No, what Jesus is offering is not simple blah, blah, blah. I believe Jesus was saying that something new is emerging. Jesus seems to be speaking of a hopeful and salvific future.

As Powery writes, “…It seems that the apocalyptic words of Jesus were meant to bring a message of hope especially to the subjugated of his society and ours. The description and verbiage used to explain what was to occur in the future is not even hyperbolic in nature. The changes will be radical and disruptive to the status quo.”

This is but the beginning of birth pains. New life is emerging. Our work matters.
Thanks for all that you are doing. I look forward to the ways we will continue our work together to usher in God’s beloved community.
[1] https://unfccc.int/news/full-ndc-synthesis-report-some-progress-but-still-a-big-concern
[2] Commentary on Mark 13:1-8 - Working Preacher from Luther Seminary

Image by Nick Fewings for Unsplash