Fighting and Getting Arrested for the Build Back Better Act

Fighting and Getting Arrested for the Build Back Better Act 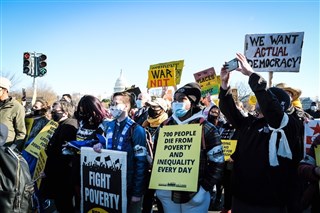 On Monday, I joined the Poor People’s Campaign at the US Capitol, where we demanded passage of the Build Back Better Act and the protection of voting rights. The hundreds gathered heard testimony from people all over who are low-income, low-wealth, or one crisis away from poverty. Over 70 of us were arrested to demonstrate how necessary and urgent this legislation is.

We need Build Back Better because: 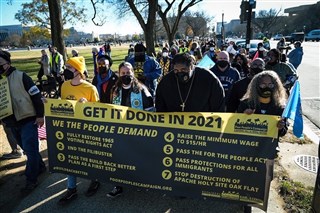 This is not a one-time fight, and we will keep pushing for all of the protections, benefits, and dignities people need and deserve in 2022 and beyond. You can join in your state’s campaign for local action, or join the Mass Poor People’s and Low-Wage Workers Assembly and Moral March on Washington on June 18, 2022. If you are not already connected to your state’s campaign, I can help you get in touch: brewer-walline@sneucc.org

To learn more about the Poor People’s Campaign: A National Call for Moral Revival, including facts about policies and how they affect real people, you can explore a variety of resources here.