Climate Change [Interferes] With What We…Care About *

Climate Change [Interferes] With What We…Care About *

A blog by Rev. Dr. Jessica McArdle
A few weeks ago, I attended a lecture commemorating the tragic aftermath of the 1918 Flu Pandemic. Millions of lives were lost. Yet instead of focusing on the dangers of highly communicable illnesses alone, the representative panel of disease specialists had a different take on what makes we humans susceptible.

In short, pandemics don’t just erupt without explanation (though it may seem so at the time). Instead, weather temperature prior to and during the outbreak must be factored in. As a sobering case in point and during the 1918 Flu Pandemic, when the climate record of Europe was compared with accurate records of mortality, an extreme weather anomaly that lasted three years was shown to contribute to the severity of the outbreak, as well as the casualties of World War I.1

Commenting on the degree of interdependency between nature and humankind, parish minister and climate activist, Rev. Vicki Guest, observes, “Everything is connected.”2 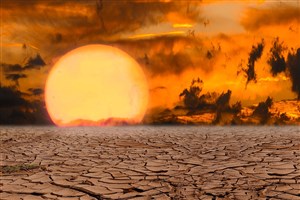 The devastating consequences of drought, hurricane force winds and flooding, poisoned water, polluted air, and outbreaks of highly contagious disease brought about by climate change – all point to this reality.3  And all of creation in turn, is immeasurably entwined with us. Lamenting both historical and current attempts to fracture our common origin and union, author and climate activist Rev. Dr. Margaret Bullitt-Jonas wrote, “Since the time of the reformation - Christianity – at least in the West – has had little to say about the salvation of the natural world and the cosmos, as if only one species, Homo sapiens, is of any real interest to God."4

Responding to this ages-old fracture and crisis; the Environmental Ministries Task Team (EM) of the MACUCC was established in 2002. It came about as a grass roots effort in response to churches within the conference that were concerned about environmental issues. Conceiving of its mission, EM rests upon six biblical, theological and scientific precepts5, thus seeking to equip the people of God and whole congregations to embody a vocation and way of life that transforms discipleship – from a privatized notion of salvation to embracing salvation in the collective. Notes former Conference Minister and President, climate activist and author, Rev. Dr. Jim Antal, “Jesus makes it clear that we’re called to not only make our own lives more righteous, we must also we must also make society more just, loving, fair and life-sustaining.”6 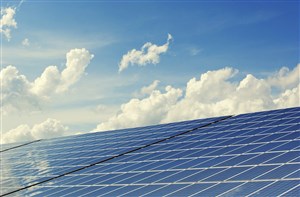 As a ministry committed to equipping the people of God, EM has established partnerships with organizations such as Mass Interfaith Power & Light (MIP&L) and 350 Mass for a Better Future (350Mass). While MIP&L actively instructs and assists congregations to help them lower their carbon footprint (as well as reduce utility cost), 350 MASS provides resources so that people of faith can publicly witness to the moral imperative of addressing climate change. More so, to equip and recognize those congregations who seek to undertake reducing their greenhouse emissions, in 2012 EM initiated The Green Congregations Challenge – a step-by-step program geared to identifying practical ways that God’s people can fruitfully labor towards this end. As of this writing, some sixty churches in the CT as well as MA conferences have actively engaged in the program and have been recognized as environmental leaders. Finally, recognizing that Christ’s resurrection summons us to “fear not” – the United Church of Christ and as supported by EM, its partners and other conferences, courageously raised its prophetic voice at the 2013 General Synod and issued a binding resolution given the urgency of climate change.7

Observes former Environmental Ministries Task Team member, Rev. Dr. Jim Antal, “We are not called to be church for ourselves. We are called [out of love] to be a church for others…” 8

Jessica McArdle is a member of the Environmental Ministries Task Team 1 Climate Change Institute findings displayed at the lecture and presentation on September 24, 2018, at the Harvard Natural History Museum. It was held to commemorate the 1918 Flu Pandemic that tragically killed tens of millions.
2 Guest, Vicki, “No Plan B” linking the fracturing of the Trinity to the splintering of the natural world from humankind, Pentecost 2018, Natick, MA.
3 The recently released report by the Intergovernmental Panel on Climate Change (IPCC) depicts a world of severe food shortages, massive coastal flooding and aggravated wildfires by 2040, impacting many within the current global population.
4 Bullitt-Jonas, Margaret, “You Are Witnesses to These Things” emphasizing we were made for communion with God, each other and God’s Creation, Third Sunday of Easter 2018, New Orleans, MA
5 https://www.macucc.org/emtaskteam
6 Antal, Jim, “How to Engage Your Congregation on Climate Change”, March 17, 2018, Super Saturday.
7 http://uccfiles.com/pdf/gs29-6.pdf
8 Antal.

Rev. Dr. Jessica McArdle is a member of the SNEUCC Environmental Ministry Team, and a writer, researcher, and advocate for God's creation. She posts at thespiritualactivist.blog