Called to be the Repairer of the Breach

Called to be the Repairer of the Breach 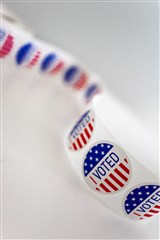 “You will be like a well-watered garden, like a spring whose waters never fail…
you will be called the Repairer of the Breach, Restorer of the Streets to live in.” Isaiah 58

The first time I heard this passage preached on was just after 9/11. Though the attack was directed at financial and governmental institutions in the northeast, most Americans experienced it as an assault upon our entire nation.  On that terrible day thousands of lives were lost, and many more since then due to effects the cataclysmic destruction itself.

Still, the preacher’s summons to us was unequivocable.  However overcome and even paralyzed by grief we were, faith was made for times such as this.  Whatever fear and doubts we carried, nonetheless, the summons from the Prophet Isaiah were intended for our ears in this time and this place, just as it had been for those before us.

Years later, what we’re facing now can seem even more daunting.  While the terrorist assault came from outside the United States back in 2001, we now face crises confronting us within as well as without.  Nor are these threats unrelated.  Instead, they are intrinsically interconnected - socially, economically, politically and environmentally.

It is not a coincidence that the poor as well as people of color are the ones most impacted by ecological devastation, water and air pollution.   As if a lack of affordable housing, equitable education, available healthcare and a livable wage aren’t already unjust.   Yet the crueler irony is that however harmful it may be to those on the margins, these obstructions are not happenstance but enacted by those who benefit by it.  Such that the imposition of laws intended to restrict voting rights, the continued assault upon our natural world, striking down protections for women’s health, an obsession with the Second Amendment and a white nationalist religiosity opposed to what makes for the common good, derail the very emancipation that democracy affords.

A quality of faith anchored in what makes for the common good was made for times such as this.  We may not associate faith with democracy but the two are deeply intertwined.   When a democracy is healthy, it affirms the necessity for the welfare and common good of all peoples, thereby embodying love of neighbor…even the neighbor we’ve never met or ever will.    When a democracy is healthy, the ‘least of these’ – the poor, the disenfranchised, the foreigner and the sidelined – are afforded the protections given to other citizens, a living wage, affordable housing and a healthy environment in which to raise their children.    When a democracy is healthy – the rightful transfer of power proceeds on the basis of the will & consent of the governed – not as thwarted by the violent and duplicitous actions of the few.

As people of faith and concerned citizens, our summons is unequivocal.  Much is at stake.  In response, and to equip individuals and whole congregations, the Environmental Ministries Team has partnered with a non-partisan, non-profit organization, the Environmental Voter Project, in promoting the Creation Care Voter Pledge.   Accordingly, we’ve developed resources to mobilize your congregation as part of the Faith Matters Voting Challenge.  You’ll find the color, tri-fold brochure here.

Remember, Faith Matters because it awakens us to the realization that God, who is the essence of goodness and reality, moves us beyond dread. Faith can instill within us: the passion for justice; the passion for restoration; the passion for the wellbeing of humankind and all of God’s Creation.  Through faith, you are called to be, the Repairer of the Breach.

Rev. Dr. Jessica McArdle is a member of the SNEUCC Environmental Ministry Team, and a writer, researcher, and advocate for God's creation. She posts at thespiritualactivist.blog