Reflection on a Shooting in Buffalo: Taking Action

Reflection on a Shooting in Buffalo: Taking Action 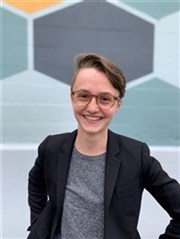 Angry? Yes.
Heartbroken? Yes.
Shocked at violence like this? Yes.
Not shocked that this violence continues? Yes.
Wanting to turn away, to ignore the pain? Yes.
Unable to turn away, called to join the Buffalo community in their anger and their grief? Yes.