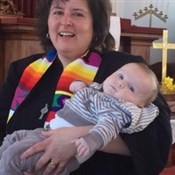 This week, our hearts have been broken watching the disintegration of a nation. We have cried watching the desperation of people trying to leave their home country as it once again falls under the control of a radical group. Instead of mourning and simply offering our "thoughts and prayers" to those affected, the wider church is asking each of us to take action.
The good news is that many families have made it out of Afghanistan and are in the process of being repatriated to the United States; some through special visas and some through refugee resettlement.

This means, however, that these refugees will need the support of individuals and organized groups as sponsors. They will need help as they resettle in an unfamiliar country and culture. They will need both people who are willing to serve directly with day-to-day necessities, and also those willing to advocate for their needs at a governmental/policy level.  And they will need financial support.

To learn more and take action, please take some time to read and share the United Church of Christ statement regarding the U.S. withdrawal from Afghanistan and also the action sheet that has been published from the UCC national setting.
Sincerely,
Rev. Dawn Adams
Immigration, Refugee, and Asylum Task Team

Dawn Adams is a member of the Immigration, Refugee and Asylum Task Team, and pastor of First Congregational Church of Brimfield, UCC (MA).