A Call for Worship Communities to Pursue World Peace

A Call for Worship Communities to Pursue World Peace 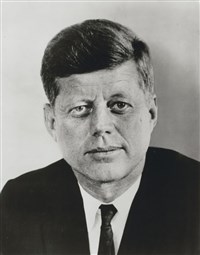 In June 2019, basing itself on Jesus' Golden Rule, the 32nd General Synod of the United Church of Christ overwhelmingly passed a resolution calling for the abolition of nuclear weapons. In order to see the words of the Synod become living spirit, it is critical for our churches to understand world peace and the path by which it can be achieved.

Below is a call for our worship communities to study a critical document, which was a basis for the Nuclear Atmospheric Test Ban Treaty, a document that has enormous relevance for today: President John F. Kennedy's American University speech of 1963. We urge all to respond.

The origin of the word "worship" means "attention to that which is worthy." Nothing is more worthy of attention than the issue of world peace. And no President of the United States has been more farsighted in his understanding of the process of peace and more determined to struggle for it than President John F. Kennedy. President Kennedy's ideas were expressed for everyone in his monumentally important commencement address, which was delivered at American University on June 10, 1963. Read the address here.

At the time, this speech represented a radical break from the Cold War thinking that had followed World War II and had dominated US foreign policy. Soviet Premier Nikita Khrushchev was so impressed by the speech that he had it reprinted throughout the Soviet Union. This is why the ideas articulated in this speech are so important today, when mankind desperately needs peaceful international cooperations and an alternative to Cold War thinking and military conflicts.

In connection with the anniversary of President Kennedy's assassination on November 22nd, we are calling on churches, mosques, synagogues, and temples throughout the nation to organize meetings for their congregations in which members will listen to and/or read the President's speech and discuss its implications for us today.

"... And is not peace, in the last analysis, basically a matter of human rights -- the right to live out our lives without fear of devastation -- the right to breathe air as nature provided it -- the right of future generations to a healthy existence?"
~ President John F. Kennedy, June 10, 1963

This call is a project of the President Kennedy Peace Speech Group of Massachusetts Peace Action. This group is available to assist and can be contacted at jfkpeacegroup@gmail.com

Photo of President Kennedy from the Library of Congress