Witnessing Holiness through the use of Restorative Justice

Witnessing Holiness through the use of Restorative Justice

Having grown up Catholic, I am weary of issues and people that are called “holy.” Too many who have been called “holy” because they are ordained by the church have proven themselves just the opposite of holy. I make no pretenses that I, a minister of the gospel, am a sin-sick soul, capable of evil, and one who desires safeguards for myself and all those with whom I minister, especially the most vulnerable members of our community - children. That said, I believe in and desire to live a life of holiness.

By “holiness,” I mean “set apart” to do the things of God and being as godly as possible.

During another ministry, a member of the staff misappropriated large sums of church funds for personal use. She betrayed the trust of the congregation and me. We were stunned, angry, and wanted justice. After a few days, our feelings intensified. In my mind, as we talked about it, we got more worked up. And it occurred to me that some of the things being expressed were as sinful as the theft. I didn’t like the way I felt or the way our words sounded – vindictive and retributive.

I did my best to get in touch with my feelings and to call the congregation to holiness – to pray for the offender and ourselves. And to work toward forgiveness. Ultimately, I urged them to consider pursuing restorative justice. (For information on restorative justice, click here and here.) 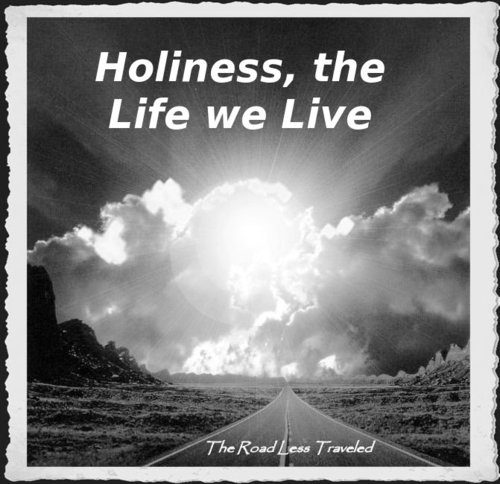 I reasoned that our faith must help us through the legal process as well as working toward redeeming the situation within the community. I argued that we needed to be able to love this person again because she was still a child of God. Church leaders listened and affirmed these commitments, but pursued prosecution of the case. Our insurance company demanded a legal approach if the church was to receive any recompense. I had no idea what would happen. I finished my ministry there and they called a settled pastor.

Well, a couple of weeks ago, I received a call from the settled pastor. He told me that the legal case had been decided. The judge ordered the defendant to repay the money taken from the church and gave her 3 years probation. Ultimately, what kept her from going to jail on the twenty-or-so charges for which she was found guilty were the victim statements from the church members. They talked about how it felt to be deceived and have their trust betrayed, but most said that they did not want her to have to go to jail – that they would prefer to see her given a chance to turn her life around. A harsh prison sentence would not have been justice served – at least not justice in the Judeo-Christian sense of justice. We believe in redemption, restoration and reconciliation. A jail sentence would only have served the criminal justice system, which is based on retribution and too seldom imparts justice that brings about restoration.

It seems to me that the church witnessed to holiness. We are called to serve God and to use the principles of faith in all our dealings. We are set apart to witness to justice and mercy and grace, which are attributes of this amazing God we worship.

I so very proud I am of that congregation’s witness for justice and righteousness. And I can tell you that I was re-educated on the point of holiness: to glorify our God who is holy and for us to be God to the world. The church is called to holiness, but so are people who wish to know God.