Reflections on the Sandy Hook tragedy

Reflections on the Sandy Hook tragedy 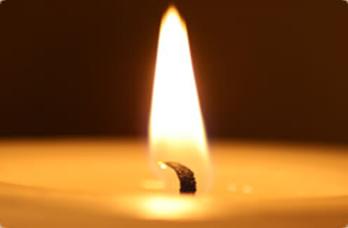 In response to the killings at the Sandy Hook Elementary School the NRA said that, "Until the facts are thoroughly known, NRA will not have any comment."  I wonder exactly what facts they are waiting for. The facts are horribly simple and easily obtained.

Slate.com offers a pretty clear factual description: “According to the police the gun used was a semi-automatic and that all the victims experienced multiple wounds. The victims, including 12 girls and eight boys, were all apparently killed by a .223 Bushmaster semi-automatic rifle, and each of the victims was hit by more than one bullet. The assault weapon can fire as many as six bullets per second, according to the New York Daily News, and some of the victims were shot as many as 11 times.”

And if that isn’t enough here are some more related facts shared by the Children’s Defense Fund:

We are in fact buried in facts about the breadth and depth of gun violence in this country. We have enough facts and statistics and they all point to several truths including, as Marian Wright Edelman says, that this “. . . slaughter of innocents happens because we protect guns, before children and other human beings.”

As happens after these all too common tragedies we are hearing a renewed call for a national debate on gun violence and gun control. While I appreciate the call I think we know enough now that we don’t have to debate. Violence in general and gun violence specifically is a growing cancer in the body of the nation. Our children need an end to this well-documented madness. As pointed out by the Children’s Defense Fund, we don’t need debate, we need action. I would encourage our congregations and members to speak to their elected officials and demand such measures as the reinstatement of the assault weapons ban and ending the gun show loophole that lets dealers sell guns without background checks. Let’s back our president in his call for action.

Friends I heard it said once that statistics are faces with the tears wiped away. We know the statistics about the prevalence of guns and violence. And last Friday, we witnessed the tears on the faces of the parents – teachers –friends – neighbors – those who govern – those who are called to protect.  And we wept as well.

I pray that we can turn our compassion into action. That this time, something meaningful can happen so that as time moves forward there will be fewer facts and statistics and most importantly, fewer tears.

Shalom
Peter
PS: If you have a passion around gun violence and gun control and would like to explore ways the Conference can address this concern, please contact me at wellsp@macucc.org

Peter Wells is the Associate Conference Minister serving churches and clergy in the Central and Hampshire Assocations and the Coordinator of Mission and Justice programs.