Inform to Reform: How you can end mass incarceration in Massachusetts

Inform to Reform: How you can end mass incarceration in Massachusetts

2/25/2015 - by: Susan Tordella
Share
I began volunteering in prisons near my home in Ayer, Massachusetts in 2009, and co-founded 12 Toastmasters programs in eight institutions. I met scores of people in prison who wanted to improve their communication skills. They make up some of the 22,000 people we incarcerate in Massachusetts. In 2012, a fellow member of our Council on Social Justice at First Church Unitarian in Littleton, said to me at coffee hour [doesn’t everything happen at coffee hour?], “Susan, I heard Michelle Alexander speak at General Assembly [the UU annual convention]. You have to read her book, “The New Jim Crow: Mass Incarceration in the Age of Colorblindness.”

Reading “The New Jim Crow” made me so angry, that I could only read it in sections, before throwing it down, only to pick it up later, thinking, “What else has been happening in the dark in prisons, courtrooms, on streets where the poor, mentally ill, drug addicted, homeless, black and brown people are targeted by police? Who is watching when disadvantaged people are ushered into our broken police, judicial, and correctional systems, for job security and profit, under the suave taglines, “Get tough on crime and end the war on drugs”?

“The New Jim Crow” launched me from prison volunteer to activist to end mass incarceration. The United States has 5 percent of world population and we have 25 percent of the world’s incarcerated people. If that statistic doesn’t alarm you, add racism to the equation: black and brown men are seven times more likely to be arrested, prosecuted and incarcerated than white people for drug crimes.

I’m highly motivated to act as a Unitarian Universalist, and because I personally know some of the people impacted by the 40-year long movement to subjugate black and brown people.  I know “Joe,” a black man sentenced for receiving international mail packages of cocaine, sent by a close friend, who threatened him. “If you don’t receive these packages, you will be in deep trouble. You will fear for your life. My people will get you.” For two kilos of cocaine being mailed to his home, Joe received a 40-year sentence. Had Joe murdered someone, he would have only served 15 to 25 years. His close friend the dealer, is still free. 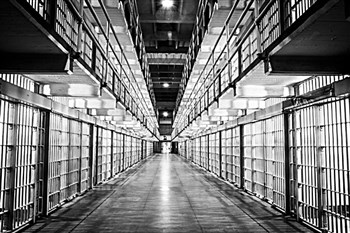 The Nixon administration devised the scheme to lure white Southern Democrats to the Republican Party [Lincoln was a Republican], without using the words black or Latino. The code terms adopted by every president after him until now were to get tough on crime, and to win the war on drugs. It was a legitimate way to target black and brown people in cities, who use drugs at the same rate as white people. White people sell drugs at a slightly higher rate than blacks, yet blacks and Latinos make up 82 percent of federal inmates serving a drug sentence.

When our team of volunteer activists goes to the Massachusetts Statehouse, to churches to preach and teach to shed light on the problem, I think of people like Jake. “Me and my two brothers got 60 years between us for possession of about a half-cup of cocaine.” Jake and his brothers fit the profile of black, urban and poor. Not all drug users and those snagged in the unwinnable war on drugs are black and brown. Addiction and overdoses have riddled many communities across the state, black and white, rich and poor.

It is with Joe and Jake in my heart that I write this blog to people who care about justice; who care about Jesus’s message that I read as a child in church, “When I was in prison, you came to my side.” Jesus was crucified because he threatened to the established power structure and loved people scorned by society – women, prostitutes, lepers, children, the poor and handicapped.

In 2014, I co-founded EMIT- End Mass Incarceration Together, a statewide, non-partisan, ecumenical, grassroots task force of Unitarian Universalist Mass Action Network, to end one of the worst injustices of our time. Our strategy is simple: Inform to Reform. Once people are informed about the problem – through events, Michelle Alexander’s book and online videos, watching movies, hearing speakers and reading articles, the next step is reform. The only way to end mass incarceration is by passing a series of laws over the next few years in Massachusetts. When the federal government observes many states following the trend, it will be propelled to mandate federal changes.

The only way to influence our state representatives and senators is through the democratic process. EMIT informs people so they feel confident when asking their legislators to support reform, bill by bill. Right now, there are about 80 bills relative to criminal justice reform that have been proposed at the Statehouse. We need ordinary people like you, who care about justice, and live the word of God, love your brother and sister, to meet with legislators, face-to-face. This strategy works. View a short video of a constituent visit here.

To join our efforts to inform to reform, please contact me, Susan Tordella, emit.susan@gmail.com, telephone 978-772-3930. We can strategize on how to best inform your church and community to work toward reform. EMIT has formerly incarcerated people and trained ministers who can fill the pulpit and speak at events. Grassroots activism is the power of the people, and will encourage state legislators to join the movement to bring justice for all.

Martin Luther King, Jr. said, “In the end, we will remember not the words of our enemies, but the silence of our friends.”

Endorsed by the Innocence Commission Task Team of the MA Conference, UCC

Susan is the legislative director of End Mass Incarceration Together