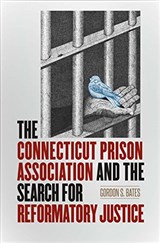 Welcome to the my "Reformatory Justice" blog.  Much of what I'll enter into this blog will be based on my research for my recent book: The Connecticut Prison Association and the Search for Reformatory Justice.   The word "Reformatory" has been used most obviously in Connecticut in the early name for the youth prison in Cheshire, built in 1913.  The Cheshire Reformatory is now called the Cheshire Correctional Institution and has a much larger and more adult population.  The Connecticut Prison Association (now called Community Partners in Action) used the term in its five original objectives in 1875, seeking among other things, to  "Promote reformatory systems of prison management."  The word signified an equal desire to encourage rehabilitation during incarceration for individuals, and reformation of the policies and laws that governed punishment, so that rehabilitation could actually occur.

In this blog, my goal is to educate, remind and stimulate those who tune in as well as be educated, reminded and stimulated.  I welcome comments, differences of opinon and additional facts and data to complement what I post.

Criminal justice is in the news almost daily and should be.  The content is often (as it usually has been over the years) focuses on crimes considered newsworthy because of violence or police/community interactions, featuring questionable decisions by police or those being challenged by police.    However, the really significant news is often in the background or not reported at all, including the facts about crime rates declining for decades, prisons being closed and prison population decreasing, and the resurrection of private prisons, especially the federal decision to put most immigrants being arrested or held for questioning in private prisons where they receive little or no humanitarian services and are often held incommunicado for intolerable lengths of time.  Connecticut is in the forefront of Reformatory Justice attitudes and actions. Our prison system is now down to 15 institutions, about 15,000 inmates and a continual implementation of Governor Malloy's "Second Chance Society."

Future blog entries will try to keep that progress in focus.

Minister of Visitation for the First Church of Christ Congregational UCC in Glastonbury, Connecticut