3/14/2016 - by: Margaret Bullitt-Jonas - Justice and Witness
Share
A presentation to clergy and lay leaders in the Episcopal Diocese of Western Massachusetts that was given on Parish Leadership Day, March 5, 2016. A handout of suggested action steps is available for download here.

Friends, I’d like to take a page from writer Anne Lamott, who wrote a book a few years ago called Help, Thanks, Wow. She calls these our three most basic prayers, and they make a good framework for these remarks about caring for God’s creation, though I’m going to shuffle the deck a bit and take them in this order: Thanks, Wow, and Help. 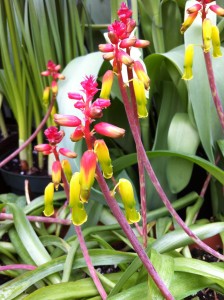 “Thanks” comes first.  Thank you to every congregation that is exploring how to live more lightly and sustainably on the Earth.  Thank you to you churches that have joined Massachusetts Interfaith Power & Light and gotten an energy audit, maybe even looked into solar panels.  I look forward to seeing which church in our diocese will be the first to go solar.  Thank you to you folks who have switched your homes to clean renewable energy from local sources – a step that is easy and inexpensive to take, thanks to an outfit called Mass Energy.  Thank you to everyone who is reining in your own consumption of fossil fuels by walking more and driving less, by turning out lights and turning down the heat.  Thank you to all who are “fasting” from wasteful over-consumption and from actions that pollute.  Thank you to everyone who is looking for ways large and small to “go green,” so that in our individual lives and in our communities we truly bear witness to the God who loves every inch of Creation and who entrusted the Earth to our care.  A special thank you to you clergy who are preaching about the climate crisis. I know that some fine preaching is going on, for some of you have sent me copies of your sermons.  I also want to thank you lay leaders who encourage your clergy to preach about climate and who assure them of your support. Because it’s not easy to preach about climate.  All kinds of voices tell us that the topic is too controversial, too political, and, besides, who are we to speak about climate – we’re not experts on the subject, we’re not scientists.  So thank you to everyone who sees through that fear and who understands that preaching and teaching and acting boldly on climate is not a political issue – we don’t care about the climate crisis because we’re Democrats or Republicans or members of any particular party. 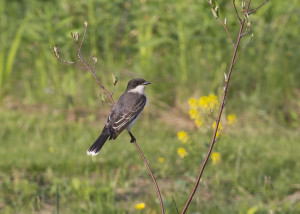 That was Thanks. Here comes Wow. Wow is my response to what happened last year as a surge of religious energy rose up all over the world to safeguard life. How many of you have read or heard of the Pope’s encyclical Laudato Si: On Care for Our Common Home?  Released last June, it was greeted with admiration by religious leaders around the world and elicited statements on climate action by Anglicans and Evangelicals, Muslims and Jews, Hindus and Buddhists. Never before have so many faith groups spoken out so strongly and so unequivocally about our moral responsibility to the poor, who bear the brunt of a changing climate, and about our spiritual responsibility to honor the sacredness of “this planet Earth, our island home.”

To read the rest of the blog and see comments go to...  http://revivingcreation.org/thanks-wow-help/


Photo of kingfisher by Robert A. Jonas