Julian Bond - Champion of Intergenerational Justice for All (Including Creation)

Julian Bond - Champion of Intergenerational Justice for All (Including Creation)

8/17/2015 - by: James Antal
Share
Today I join the millions who remember and mourn the death of civil rights champion Julian Bond.  His leadership as a founding member of the Student Non-Violent Coordinating Committee and then as a core advisor to the Rev. Dr. Martin Luther King, Jr. is what most will recall and celebrate.  But his courage and vision drove him to oppose the Vietnam War long before the anti-war movement gained traction, and to advocate early and passionately for the rights of LGBTQ persons. 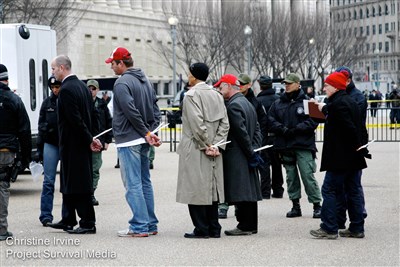 This would be enough to lift him as a champion of intergenerational justice.  But in addition to these and other causes, Julian Bond recognized that the exploitation of God’s creation was the container issue of all justice issues, and that the reach of injustice done to creation would crush the lives and possibilities of countless generations to come.  I came to know that he and I share this perspective when we spent two hours together sitting next to one another on Ash Wednesday 2013.  We weren’t in a pew or a conference.  We were each in handcuffs, sitting on bare steel as we were crammed into a police transportation vehicle along with Bill McKibben, Gus Speth, and eight others.  We were being transported from the White House where 43 of us had handcuffed our wrists to the White House fence to protest the Keystone XL Pipeline.

In addition to sharing our reasons for committing a substantial part of our lives to the climate movement, I asked for a detailed account of his arrest at the Atlanta City Hall cafeteria in 1960, and we shared at length our common commitment to non-violent love as the most powerful force on earth.  I had never met Julian before this – although he was well connected with many of the activities of the Fellowship of Reconciliation – the largest and oldest interreligious pacifist organization in the US – which  I led from 1984-1986.  With poetic eloquence and a magnetic personality, his intelligence, courage and vision drove him to make his mark as a Georgia State Legislator at the age of 25 (before completing his college degree - which had been delayed due to activism!), a founding member of the Southern Poverty Law Center and Executive Director of both that and the NAACP.

The New York Times reports that he was arrested only once in the civil rights movement.  Without a doubt, one of the most meaningful moments of my life was to be arrested with him in what I believe was the final time he was arrested, and spend the afternoon with him, both of us with our hands cuffed behind our backs, and free as birds soaring in an endless sky.