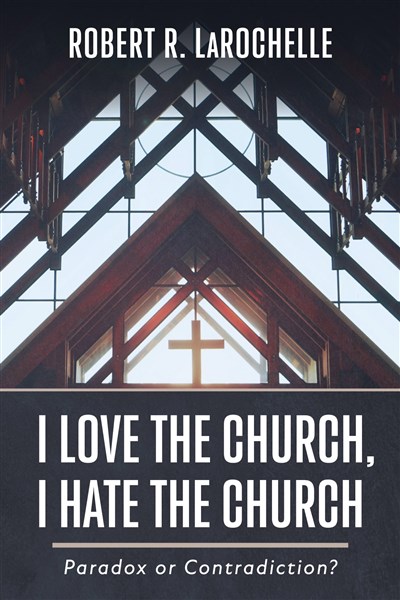 Is it possible to, at one and the same time, both love the church and hate it as well?

I am an ordained clergyperson in the United Church of Christ. Having been raised a Roman Catholic, I served as an ordained Permanent Deacon, a clergy position within Catholicism beginning in 1989. In 1998, I made the decision to leave Catholicism and embarked on a career serving as a pastor in the historic Connecticut Conference, UCC. In addition, I served several churches in the Evangelical Lutheran Church in America ( ELCA) under the Formula of Agreement between and among several denominations. One could say that the institutional church has been an integral part of my life.

However, over the course of my lifetime, I have become deeply aware that I most definitely have what I would call “ a love-hate relationship “ with the institutional church. This awareness has led me to write a book which details the specifics of this relational dynamic. It is my hope that this book will be of interest both to those deeply involved in their church communities AND to those who are inspired by the life and teachings of Jesus, yet, for whom the institutional church is something they find quite problematic and an impediment to conveying the message of Jesus!

This book provides some anecdotal information about my life experience within institutional Christianity. This provides the backdrop and the context for expressing my concerns about the ways in which “organized religion” has often gotten in the way of conveying the heart, soul and depth of Jesus’ message and its implications for how we live out our lives.

Here are some examples: In this book I get very specific about both the nature of the obstacles institutional Christianity puts up AND some suggestions for church congregations about potential changes they might consider. In this book, I seek to combine my personal experience acquired through an active life in institutional Christianity with suggestions and opinions designed to get people talking within their congregations, as well as with those who are quite legitimately disgusted with institutional religion!

My hope is that this book will both provide a practical way for the reader to reflect on both the bad and the good within institutional Christianity. In doing so, I hope as well that it will lead to productive conversations both on the interpersonal level and among those who are connected to a community of church (or are considering doing so) and want to engage in serious exploration of both institutional Christianity’s flaws, as well as its considerable potential.

I am encouraging local church communities to consider having discussions about the contents of this book and exploring the book’s implications for the ways in which they seek to move their church communities forward. For churches that may be interested, I am also available to provide presentations about this book and to lead discussions as well. I may be reached at rpbksl@cox.net

Rev. Dr. Robert R. LaRochelle is an ordained UCC clergyperson who has served churches in Union and Manchester, Connecticut, as well as ELCA churches in Windsor, Wethersfield, and Plainville, Connecticut. He also worked as a teacher and counselor in ...