Join the SNEUCC Advocacy Corps to Make Your Voice Heard! 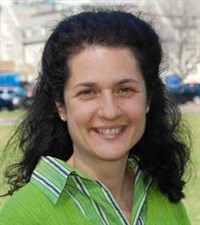 I am often asked by church leaders and members: Should we be involved in “politics”? My answer is always the same: Yes, just like Jesus!

The Gospels tell of a Christ who frequently confronted death-dealing cultural norms and challenged the status quo. The Rev. Mark Sandlin, who writes frequently about religion and faith, observed in a 2015 article titled “Following Jesus Means Being Political and Advocating for The Least of These,” that Jesus was a political actor. He flipped tables, both literally and figuratively.

I am not suggesting we go flip tables - at least not literally. Instead, I believe we are called to figuratively flip tables by challenging unjust or corrupt structures of power just like Jesus did during his ministries on the earth. To do this we must act in the arenas of power in our society, including the political arena. A great way to do this is by joining and actively participating in the SNEUCC Advocacy Corps. Sign up for alerts here: SNEUCC Advocacy Corps.
People often are confused about what constitutes appropriate advocacy activity for a church. It is simple. The Southern New England Conference, churches and other federally recognized nonprofits are prohibited from expressing support or opposition for specific candidates, participating in electoral campaigns, making political contributions to candidates, or endorsing a particular party (although clergy and members may engage in any of these as individuals).
But we can (and must) ensure that our calls for justice are heard in the political arena. We do this by communicating with our legislators, taking public positions consistent with our values on bills and initiatives, educating our congregations on the issues which implicate our values, and spreading our important messages on social media and elsewhere in the “public square.” We can also hold nonpartisan voter registration and get-out-the-vote drives, and sponsor candidate forums and debates.
The UCC’s “Our Faith Our Vote Campaign” offers resources that can help congregations launch a voter registration drive, organize candidate forums, or take other actions. (Also see the Creation Care Voter Challenge and Congregation Climate Justice Voter Challenge on our website here.) You might consider whether this is a way in which your congregation is being called to lead. Such events impact not only our congregants, but our entire communities. They also demonstrate to our neighbors that we are active citizens who care about the places where we live, work, and worship. Increasingly, people seeking a faith community specify a priority for congregations that demonstrate this type of engagement.
The truth is that as people of faith, we cannot afford to be silent. At this very moment, there are legislative proposals at the federal, state, and local levels would negatively impact vulnerable communities and individuals, threaten our environment, or otherwise result in outcomes that conflict with the Southern New England Conference core value of “living the love and justice of Jesus.”

We must convey our concerns to those elected to act on our behalf. Just imagine the impact we could have if every state and federal elected official had relationships with members of UCC congregations in the state they represent! We could ensure that our perspectives are heard and that elected officials know we are paying attention to what they are doing. Just as significantly, we would be able to share a faith voice different from what is most often heard in the public square and sometimes makes people wary of churches and people who identify as Christians.
We can make this a reality in the Southern New England Conference through the SNEUCC Advocate Corps. Here is how it works: when appropriate during a state or federal legislative session, I will contact Advocacy Corps members and ask them to take some needed action, such as sharing information on social media to educate others about an issue or contacting their senator and/or representative and asking them to take a particular action on a bill or initiative which is of importance to us. I will make it super easy by providing a fact sheet on the issue and a basic script for communication.
The Southern New England Conference states of Connecticut, Massachusetts, and Rhode Island all have Advocate Corps. To join, sign up at sneucc.org/subscribe.

Without question, many concerns related to justice are inherently political. Churches and faith-based non-profits are perfectly positioned to draw on our ethical authority, advocate in a non-partisan manner that foregrounds our values and commitments, and influence legislative outcomes to ensure that the arc of the moral universe bends always toward justice. Doing so is an act of faithfulness because if we want a more just world, we must be political – just like Jesus!
Image by idshivam09 from Pixabay