11/16/2020 - by: Kelly Gallagher - Conference staff
Share
From an address given by Rev. Kelly Gallagher for the Oct. 18 event 400 Years: Truth & Healing for the Next Seven Generations

I stand in what is called today Northampton, the historic land of the Nipmuc and Pocumtuc peoples. I am here two generations on my father’s side and five generations on my mother’s side from European ancestors of Irish descent. I come also as a spiritual descendant of framers of the Doctrine of Discovery, as well as the Pilgrim and Puritan communities who took this land as their own in the name of their Christian institution and with the blessing and belief of the Doctrine of Discovery.

I acknowledge, and call all who have settled and colonized this land to acknowledge that in the last 400 years – and for hundreds of years before the landing of the Pilgrims – that a driving force behind the colonization, devastation and genocide of the original peoples of this land was and continues to be the institutional Christian church, its doctrines and core beliefs. 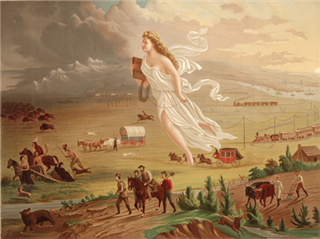 When the passengers on the Mayflower arrived on these shores, they sought not only religious freedom, but also enterprise and control. They were inheritors of generations of story that this land was uninhabited and uncivilized – was here for the taking, was in fact waiting to be colonized by Christians.

With the arrogance of a religion that sought to dominate in the name of their God, the Pilgrims came believing in their own superiority over even the “strangers” on the ship with them and especially the Native People’s they encountered upon arrival. It was a foundation of their belief – the Great Commission as it is known in the Christian world – to make disciples of all nations – modified by the Roman empire first and solidified through the Doctrine of Discovery to do so by whatever means necessary. If they are not with us, they are against us and the Doctrine of Discovery gave Christians the mandate to take, in the name of Christ, lands and people.

The Doctrine of Discovery is a 15th century Papal Bull – an edict from the Pope – giving Christians the Divine right to conquer the world in the name of the church. This was the force that launched Columbus and the Conquistadors. And though the Pilgrims, and the Puritans who followed close behind, would claim they had eschewed the Roman church, they retained much of the core values that allowed for the behavior of the Europeans when they first arrived – and to this day. The dehumanizing, removal and genocide of the Indigenous communities by people who called themselves Christians laid the groundwork in the very fabric of this society for the Trail of Tears, for slavery, for Jim Crow, for alienation, oppression and continued genocide of people of color in this nation to this day. In the words of Rev. Dr. William Barber, it is this country’s original original sin. 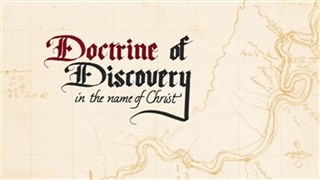 The Doctrine of Discovery was introduced into U.S. law in 1823 and used as recently as 2005 by our own dear Ruth Bader Ginsburg to justify the taking of land and rights from the Oneida nation.

The Church based doctrine was replaced by the philosophical concept of Manifest Destiny – introduced in 1845 as the idea that the United States is destined by God to expand across the entire North American continent spreading democracy and capitalism. The image above called “American Progress” and painted by John Gast in 1872, represents the ideas of Manifest Destiny replacing and yet reflecting Christian imagery with that of Roman – it does in essence secularize the core Christian beliefs brought here in the Doctrine of Discovery. It is paramount that we understand why we believe it is has always been OK to behave this way. The foundations come from the institutional Christian church.

In Massachusetts alone 83% of our cities and towns were established prior to 1833. This means that in order to exist – to take the land from whoever was here, to claim it as a township for Europeans – in order to do that the town must have a church and a minister. 83% of the cities and towns were given the blessing (and sometimes mandate) of the church to push out those who already were living here and to further remove the original inhabitants in the name of the church. The state religion of Massachusetts was not disestablished until 1833. 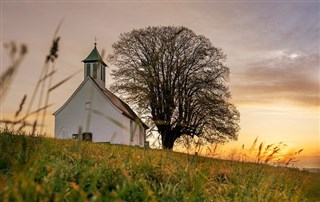 When a religion and a culture are so intertwined the faith is lost. The guiding values and morals meant to temper human greed and arrogance are subsumed by the desire of the institution and the powers that be. It was one reason why the framers of the Constitution did not want a state religion – but they were unable to see how they merely secularized the flawed morals of the institutional Christian church when they envisioned the New World. A New World shaped and formed to serve them, primarily white, male land owning people of European descent, and all those willing to defend and resource this construct.

But all is not lost. I want to posit that what has been skewed is human interpretation, institutionalization and secularization of the faith. Any attempt to bend a Divine knowledge toward the worldly benefit of any one community results in corrupt moral and ethical doctrine. When Christianity became the state religion way back in 313 it became a tool to conquer. The Institution – like many institutions before and since – claimed Divine power and authority for its decisions and oppression.

The skewed values and ethics have hung in there because they benefit those in power – they serve the conquerors, the settlers, the dominant culture – white people. The idea that God wants Christians – who are operating from an institutional place of superiority and arrogance – to take over and rule is completely anathema to the teachings of the New Testament. And yet we never seem to have a problem figuring out how to skew those words toward our own good. 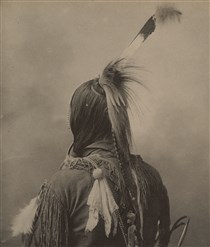 The good news is that we have the capacity – and the teachings – to behave differently. We have a faith that teaches us humility, repentance, relationship, and community. We have a set of core values and ethics that can be called upon to overcome the self-serving, power seeking, dominating values we have claimed and perpetuated for so long. We have models of people who have disavowed the dominating doctrines and values – lifted up the faith and theologies of service-hood and empowerment of the people. The time has come to hold up the faith that is truly at the core of Jesus’ teachings – a faith of walking with, instead of over – a faith of inclusion instead of exclusion, a faith that calls us to repent, and repair and seek a way forward for all.

Native American Theologian Vine Deloria, in his foundational text, God is Red, writes, “Christianity itself may find the strength to survive if it honestly faces the necessity to surrender its narrow interpretation of history and embark on a determined search for the true meaning of human life on this planet.”
It is time for those who would call themselves followers of Jesus to claim the faith that will acknowledge the past, consider its impact on who we are now, and seek to take steps toward Truth and Conciliation, in the words of Mark Charles in his TED Talk “The Truth Behind ‘We the People.’”

As a Christian church – we can leverage the power we have toward a turn. We can offer a new lens for this country to really see itself. But first we need to adjust our own lens – and see the world anew.
A first step would be to support the communities around us. There are communities and organizations throughout the Southern New England Conference worthy of our time and support. These organizations are seeking to hold up and center the voice of the indigenous communities. Check out their websites and learn about the Indigenous communities in your region. These are opportunities where we can begin repairing relationship and learning truth.

The Hebrew word for Repentance is teshuvah – it means to turn – to turn back toward what is right and good, toward where God is calling us.

Let us begin now – today – seeking truth first, so that healing might happen. I call upon the Christian Church to acknowledge its role, and upon this nation, to acknowledge its belief in its own divine power to oppress and retain power over others. From there we can begin to move forward into repentance, turning toward a new way for the next seven generations. May it be so. Blessed be. Amen.

View full video, action ideas, and websites of organizations standing in solidarity with Native people in the region in their efforts for rights, respect, and land.