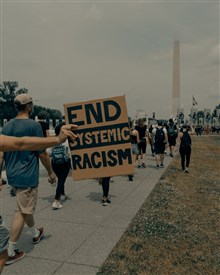 At its core, stewardship is countercultural. It raises up God’s vision and economy for the world, an economy of abundance that tilts toward “the poor, the widow, the orphan, and the stranger”, the least and the last – the most vulnerable in society.

As God’s stewards, we are called to pursue and bring into existence an economy which reflects God’s vision and values. In addition, stewardship understood biblically means that we are entrusted with and caretakers of another’s resources, namely God’s.  In the divine economy we are all deeply connected with one another. The well-being of one affects the well-being of all. We all are part of and belong to the human family.

In sharp contrast, our world, our society, and our current economic system are built upon a model of scarcity, marked by hyper-individualism, self-interest, human ownership, fear, and a too frequent inability to remember our connectedness with one another, especially with the most vulnerable and marginalized.

COVID-19 has exposed to the entire country and world racial injustices and inequities that parts of our society have known and experienced first-hand for generations. Racially based economic injustices and inequities are among them. These practices are systemic and ubiquitous, including, for example, redlining, bank lending practices, access to capital and credit, business networking and employment opportunities, philanthropic leadership and grant recipients, zoning ordinances and regulations, and government programs and assistance.

Three books that I have found very helpful in understanding some of the long history of our society’s and government’s racially based policies, programs, and practices include: When Affirmative Action Was White: An Untold History of Racial Inequality in Twentieth-Century America, by Ira Katznelson; The Color of Law: A Forgotten History of How Our Government Segregated America, by Richard Rothstein; and Understanding and Dismantling Racism: The Twenty-First Century Challenge to White America, by Joseph Barndt.

As a result of our racial history, the African American community has been hit particularly hard economically by this pandemic. For instance, according to one source upwards of 90% of Black owned businesses may have been shut out of the Payroll Protection Program because of the way the program was initially structured, and according to one survey only 12% of those who did apply received the amount they requested.

In addition, there are huge racial disparities in philanthropic funding. According to a recent study, organizations led by people of color receive significantly less grant money and are trusted less to make decisions about how to spend those funds than groups with white leaders.  Another study showed that only 2.3% of grants from national independent foundations went to African American led organizations! As Susan Taylor Batten, CEO of the Association of Black Foundation Executives says, "At the end of the day, it comes down to both institutional racism and personal bias."


As stewards of God’s economic resources, we are called to examine how we use these resources. Do they promote a more just and equitable economy? Do they promote the type of society and economy that God desires and envisions – where all of God’s children have the opportunity and resources to not just survive, but to thrive?

As Jesus’ disciples, we are called to ask how Jesus would have us use these resources, being guided in this by his many teachings on faith and money, including: “For where your treasure is, there your heart will be also.” (Matt. 6.21; Luke 12.34)

In 1991, General Synod XVIII passed a pronouncement entitled Christian Faith, Personal Stewardship and Economic Sharing. In its call to faithful stewardship and just economic sharing it suggested that members of the UCC: 1) seek to understand more fully the meaning of stewardship and economic sharing by study of the Bible and of Christian faith, especially in relation to the issues of creation, ownership, money, power, partnership, sharing, giving, peace, righteousness, and economic justice; 2) examine personal and family finances; 3) examine personal and family lifestyle; and 4) look at the ways we invest our resources and the impact those investments may have for peace, justice, and the wholeness of the environment.

This pronouncement is especially relevant today, as we have an opportunity and a strong motivation to examine our use of the economic resources under our stewardship to promote a more just economy and to repair historic inequities and damage. For example: These are just some of the many ways we can use our monetary resources to promote a more just and fair economy, and start to overcome its historic, systemic racism. Through the power of the internet, we can investigate and pursue them and others in our community, state, and region.

As Jesus’ disciples and as stewards of God’s resources, including economic resources, we are called to bring together two aspects of our lives we often consider separately: our money and our faith. Moreover, we are called to use these to promote the just, equitable, and life-giving economy God yearns for. This means using God’s resources to try to repair and overcome the damage done by the historic racism that has infected our economic system from before our country’s founding, a system that has to a huge degree been built on the free labor of enslaved peoples and stolen land.

I urge us all – individually (including me), as faith communities/churches, and as a conference – to examine how we are using God’s economic resources entrusted to our stewardship to see if and how we are using them in a way that builds God’s economy and furthers God’s vision for this world. And if we are not, then to ask God/Jesus for help in adjusting their usage so that it does.

We humans constructed this economy. We can deconstruct it, and then with God’s help and vision, construct it anew. Another world and U. S. economy are possible.

Rev. Dr. David Cleaver-Bartholomew is the Director of Stewardship and Donor Relations for the SNEUCC. Contact David for:  Proportional Giving How to calculate proportional giving for 2021 Annual Giving/Stewardship Campaign General advice and ...