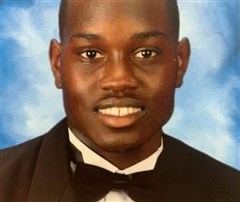 I avoided reading detailed accounts about it. I decided long ago that I won’t watch the videos. I couldn’t take one more painful thing in the midst of this pandemic; I needed to protect myself from it by compartmentalizing.

I’m referring to the murder of Ahmaud Arbery in February that occurred while he was out jogging and was filmed by the alleged shooter’s neighbor. I’m an African-American woman who’s had a front row seat in America’s unending theater of encounters that begin with a racial stereotype and end with a Black person being killed. The scenes, settings, and characters differ across America but the plots share some features because of the playwright, White Supremacy. In most of White Supremacy’s work, White people are depicted as morally superior and devoid of ill-intent while Black people are dehumanized, and White people are represented as individuals rather than members of groups.

In this particular drama in February, director Ray Cism cast Gregory and Travis McMichael as a White father-son duo protecting their neighborhood. The director had told them that, as morally superior beings, they have the right and authority to exercise control over inferior beings. Mr. Arbery had been cast as a suspicious subordinate to the father-son duo. He was portrayed not as a jogger out for a run on a random Sunday, but as a would-be thief in need of capture and restraint.

Armed with stereotypes and racist ideology, they grabbed their guns and jumped in a truck to pursue Mr. Arbery as he jogged, while a neighbor filmed it. Sticking to the script they’ve been given, they ordered him to stop so that they could speak with him. A Black person must, in White Supremacy’s dramas, stop when told to stop and answer any questions to the satisfaction of the (White) commander or suffer the consequences. The script called for Mr. Arbery to comply with the demands of protectors of neighborhoods, no matter how unreasonable the demand or how inappropriately laws for protectors are applied. When he refused to play the part he’d been assigned, and deviated from the script, all three men became violent. When people are socialized to believe that they’re superior and others are inferior, dehumanizing behavior is a common outcome.

Another common element of White Supremacy’s work is to inscribe violence into its characters. This violence takes the form of physical violence, of course, but there are other examples as well. Not unlike the exhibition of Sara Baartman in the 19th-century or the attendance of White families at lynchings up until the 1950s, the video recording of the McMichaels chasing Mr. Arbery and the picture of his slain body posted to Snapchat by the shooter’s sister are contemporary examples of the violence of disregard, humiliation, and dehumanization of Black people displayed by White actors. These violent acts, played out on the American stage, draw crowds that revel in the spectacle of othering and death. Violence toward “the other” becomes normalized and acceptable. Constrained by the script, the actors fail to treat God’s brown creations flourishing as their own.

As evidenced throughout White Supremacy’s corpus, White actors aren’t typically cast as members of a social group. The thoughts, speech, and behavior of the actors reveal an individualistic ideology that creates a skewed perception that they are not marked by association with other White people. They move about, often incapable of or unwilling to deviate from or critique the script. While White actors aren’t cast as members of a social group, Black actors and audiences alike are familiar with their manner of thought expressed through their speech and behavior.

Many White people across America, including the McMichael family and the person who recorded the video, have watched and will watch the drama unfold as if the actors are an anomaly, ahistorical, and ungrouped. They will watch the unfolding and not make any association between Mr. McMichael, a former police officer and investigator for the local district attorney’s office, and the two prosecutors who didn’t believe arrests were warranted, all of whom are White. All of them are connected to or part of a criminal justice system that failed to act in Mr. Arbery’s interests. America is overdue for a new script and a new narrative.

He’s looking for you.

Rev. Donique is the Minister for Racial and Relational Justice Team Leader of the Southern New England Conference.