1/24/2018 - by: Kelly Gallagher - Justice and Witness
Share
As people of faith we are compelled to consider where we stand in relationship to the poor. To quote Diana Butler Bass from a Twitter post in reference to Matthew 4:18-19: "As Jesus passed along the Sea of Galilee, he saw Simon and his brother Andrew casting a net into the sea—for they were fishermen. And Jesus said to them, 'Follow me and I will make you fish for people.'  What is not so well-known about this passage is how deeply political this passage is. Fishing was one of the most miserable jobs in the ancient world. Ancient historians said that its status was barely above that of a beggar…When Jesus is walking along the Sea of Galilee, he's not a tourist admiring the view. He's purposefully starting his ministry in the midst of an oppressed, displaced, impoverished group of people who are being victimized in a real estate development project for the super elite. Jesus said to them, 'The Kingdom of God begins right here. Right now. Follow me'.… Jesus goes right to the geographical center of oppression and calls the poorest, most abused people in that world out of slavery into freedom.” (Read Diane Butler Bass' post in its entirety here.)  If this is where Jesus centered his ministry, shouldn’t we?

The Poor People’s Campaign is not asking us to refrain from any of the ministry we are already doing - just to do it deeper, and with more intention. And to do it all together this spring for 40 days of intentional action.

The Poor People's Campaign is a multi-year endeavor to change the moral narrative of our nation. For too long we have blamed the poor for poverty, engaged fear to justify a war economy, denied racism, and turned a blind eye to our role in the environmental devastation of God’s creation.

Since the Spring of 2017, the Poor People’s Campaign, led by the Rev. Dr. William Barber and the Rev. Dr. Liz Theoharis, has been gathering momentum around the country, seeking to bring to the center wisdom and leadership of those most affected by these and many other oppressions. Now is the time to join this movement – to join our voices to so many others calling for a moral revival. As people of faith we are compelled to consider where we stand in relationship to the poor.

Within the Massachusetts Conference, we have begun to spread the word and to brainstorm ways that our churches can play a role in this campaign. On Wednesday, January 17th, an informational and brainstorming session gathered at the Edwards Church in Northampton. Eleven UCC churches, an Episcopal and Unitarian church, and a local synagogue were represented. Together we learned about the history and current situation of the Campaign. We also brainstormed how our churches can be involved – leveraging our assets and privilege to engage and empower voices to work together to change the lives of the poor in this country, and enrich all of us as children of God. 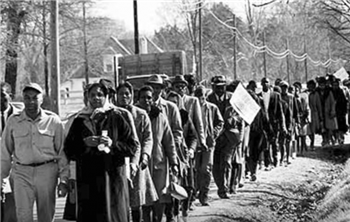 Here are some resources that the Kairos Center at Union Seminary has put together kairoscenter.org/study/ described as “a collection of Poor People’s Campaign resources for study on poverty today, history, and Dr. King’s vision, created in collaboration with the 2015-16 national organizing tour towards a new Poor People’s Campaign for today.” This includes a Poverty Fact Sheet. You can find Bible studies, sermons and liturgies here.

At the MA Conference level, we are seeking to gather people and resources that can help our churches engage this movement. If you have ideas please contact Karen Methot, methotk@macucc.org, Kelly Gallagher, gallagherk@macucc.org or Wendy Vanderhart, vanderhartw@macucc.org. Super Saturday will offer at least two workshops for people to learn about and engage in the Poor People’s Campaign. Keep your eye out for webinars in the coming months to offer more opportunities to brainstorm and learn.

Together we can move forward - living the love and justice of Jesus.
Photo above from the original Poor People's March.