Now more than ever - a moment of truth and action

Now more than ever - a moment of truth and action

5/7/2015 - by: Angelica Harter
Share
“We, a group of Christian Palestinians, after prayer, reflection, and an exchange of opinion, cry out from within the suffering in our country, under the Israeli occupation, with a cry of hope in the absence of all hope, a cry full of prayer and faith in a God ever vigilant, in God’s divine providence, for all the inhabitants of this land.”

From the Introduction to Kairos Palestine 2009: A moment of truth: A word of faith, hope and love from the heart of Palestinian suffering. 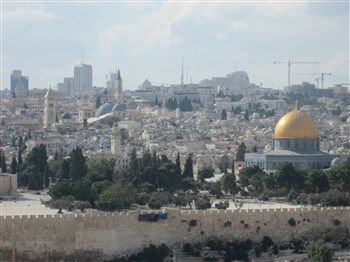 Much has happened since the Israel Palestine Task Team brought a Resolution of Witness to the last Annual Meeting as a study document.

In Palestine/Israel, evictions, the bull-dozing of houses and the killing of young Palestinians continues.  Rockets have flown toward Israel.  Gaza was attacked, the blockade continues, and supplies for rebuilding are not allowed to get through.  The “peace process” has ended, at least for now, and Prime Minister Netanyahu was resoundingly re-elected after promising that there would never be a Palestinian state during his tenure.  Protesters against racism and severe inequality have drawn parallels between conditions in American cities and in East Jerusalem and established ties with each other.  In the past year there has been much to induce hopelessness, yet the Palestinian Christians remain hopeful for the long term.

The resolution, which the Task Team presented last year, was a response to the Kairos Palestine document, written by Palestinian Christians, many of whom are our partners through Global Ministries. It was offered to conferences last year by the UCC Palestine Israel Network.  It went through a discussion and voting process in six conferences, all of which passed it with minor amendments.  The Central Atlantic Conference added a clause to the  “Calls”, which would create an appointed advisory group of stakeholders with the mission of developing standards by which investment/divestment decisions could be made in the future.  They also added a clause commending interfaith dialogue on all levels of the church.  In order to avoid confusion, the New York, Connecticut, and Central Pacific Conferences agreed to endorse the Central Atlantic version, which was approved by the UCC Board to be brought before General Synod.  New Hampshire submitted a slightly different version, which was also approved. Since then the Central Atlantic version has been endorsed by the Pacific Northwest Conference.  Massachusetts and Illinois will be voting in June.

We will be voting on the Central Atlantic version that has already been submitted to Synod, so we cannot make amendments.  The Task Team believes that the current version is an improved and more comprehensive version than the original and therefore supports it.

Now more than ever is the time to examine our consciences.  Do we as individuals and churches want to support with our investments, our purchasing power and our tax dollars a system of military occupation and colonization, which does not provide Israel with long term security?  Years of the development of international law have condemned this system as wrong.  Our own history is replete with examples of the oppression of other peoples so we are not blameless, but we struggle today toward a society that is more equal and respects the humanity of all.  Let us answer the call of our Palestinian brothers and sisters in the Kairos Palestine document.  Let us chose to respect human rights, live by international law and use non-violent means to end abuse of power while praying for both our neighbors and our enemies.

The Israel Palestine Task Team urges you to vote to endorse this resolution “A Call for the United Church of Christ to Take Actions Toward a Just Peace in Palestine Israel”.  You can read the text here.

Angelica Harter is a member of the PAJ and Prison Re-Entry Ministry of First Church, Congregational in Guilford, CT.