We call ourselves the Actual Justice Task Team. 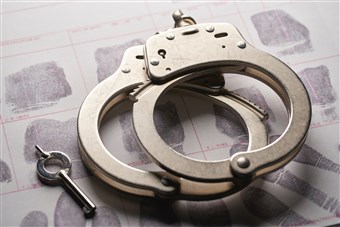 We began as the Innocence Commission Task Team. Having been scandalized by first degree murder convictions of two African American men who appeared to us to be clearly innocent, the late Rev. Fred Anderson and I, with permission from the Historic Massachusetts Conference UCC Board of Directors, put together a task team committed to form an advisory commission to the legislature. The Innocence Commission would recommend the passage of legislation that would make it less likely that innocent people would be convicted.

Representative Ben Swan of Springfield introduced our legislation, as did, later, Representative Paul Heroux of Attleboro. It was there for three sessions of the legislature. We met monthly, we spoke at the mandatory hearings of the legislature, we conducted Super Saturday workshops, we had tables at many Conference gatherings, we spoke at criminal justice meetings, we spoke at a labor-legislative meeting, and reached out to whoever would listen. Finally, our friend Senator William Brownsberger of Belmont said, convincingly, in his opinion such a commission would be taken over by forces that didn’t want progress.  And so we are now the Actual Justice Task Team.

What is our present mission?

Many are familiar with Amos 5:24, quoted by Dr. Martin Luther King, Jr., in his 1963 “I Have a Dream” speech: “Let justice roll down like waters, and righteousness like an everflowing stream”.  But what is biblical justice? An example can be found in Jeremiah 22:16-17, in which the prophet berates King Jehoiakim of Judah, comparing him to his father Josiah: “He judged the cause of the poor and needy; then it was well. Is this not to know me? says the Lord. But your eyes and heart are only on your dishonest gain, for shedding innocent blood and for practicing oppression and violence.”

We are confronted with a choice here. Is justice to support the poor in their needs, like Josiah, or to practice oppression and violence on the innocent? As Christians, we don’t have to be told the answer. Unfortunately, we on the Actual Justice Task Team believe that with 5% of the world’s population and 25% of the world’s inmates, we are too much like Jehoiakim and too little like Josiah, albeit America's violence is not so much physical as the psychological and spiritual pain of separation from society.

So we, as Christians, support actual justice, the justice of our faith, as a corrective for the justice practiced by our country and by our states of Massachusetts, Connecticut, and Rhode Island.

We have recently provided Zoom workshops for Super Saturdays dealing with the issues of life without parole and solitary confinement.

As our Actual Justice Task Team originated in the historic Massachusetts Conference, we are now reaching out, with some success, to the Connecticut and Rhode Island historic conferences. This includes legislation to allow primary caregivers with a jail or prison sentence a house arrest or other arrangement, so that their children will be cared for.

Following our 2017 resolution by the Historic Massachusetts Conference Annual Meeting, we have been involved with other criminal justice organizations to push Massachusetts to be the first state to rescind effective life without parole. The bill in the 2021-2022 legislature is “An Act to Reduce Mass Incarceration”, H.1797, sponsored by Representatives Liz Miranda and Jay Livingstone, both of Boston.  It presently sits in the Joint Committee on the Judiciary. It would guarantee everyone a parole hearing after 25 years of incarceration. It is essentially the bill with the same name as was presented in the 2019-2020 session, with an addition: That every institution housing inmates who would be serving at least 25 years offer a restorative justice program, as many already do. Given that Massachusetts has the highest percent of its prison inmates serving life without parole in the nation, 17%, our commonwealth is ripe for this legislation.

We are supporting S.2030 by Senator Joanne Comerford of Northampton, “An Act Establishing a Jail and Prison Moratorium”, presently in the Joint Committee on State Administration and Regulatory Oversight. The bill would prevent any new construction or alteration of present construction in for five years. This bill must be passed during this present year to accomplish its primary purpose, to prevent the Framingham Women’s prison, the only women’s prison in the commonwealth, from being replaced by a $50 million prison for about 130 women. We believe that five years will give us all time to figure out a more humanitarian way to house such a small group of women. It will also most likely prevent the scourge of prison building: “If you build it, they will come”.  Our goal is to reduce mass incarceration, not encourage it.

On September 7, 2021, and throughout that week, a march was held across Massachusetts, from Springfield to Boston, in support of this legislation.

A companion bill, H.1905 by Representative Chyna Tyler of Boston, has the same name and wording, but it is in the Joint Committee on the Judiciary.

We have not forgotten about innocence. We are supporting the excellent legislation of Senator Cynthia Creem of Newton, S.962, “An Act Improving the Accuracy of Eyewitness Identification Procedures".  Seventy-five percent of the people convicted of a serious crime and then found to be innocent had a trial with faulty eyewitness identification. Senator Creem’s bill contains precise details as to how eyewitnesses are to be interviewed. This bill is in the Joint Committee on the Judiciary.

The bill that was the purpose of our committee, and our focus from 2011-2016, “An Act to Establish the Massachusetts Innocence Commission”, is back. The wording is very similar to the former bill. It is H.1612, sponsored by Representative Carlos Gonzalez of Springfield, and being considered by the Joint Committee on the Judiciary.

We are always open to new emphases, often brought forth by new members of our task team. Recently there has been interest in the issue of non-criminal housing of people with drug issues. Women are housed in a community setting, but men are housed in jails. Bills by Senator Cindy Friedman of Arlington S.1285 and Representative Ruth Balser of Newton, H.2066, “An Act Ensuring Access to Addiction Services,”  would give our men the same treatment and opportunities for healing that our women enjoy. These bills are in the Joint Committee on Mental Health, Substance Abuse and Recovery.

A similar, complimentary bill has been introduced by Representative Ruth Balser of Newton. It is H.1461, “An Act Relative to Ensuring Quality Mental Health Services in State Correctional Facilities.” It would require that the Department of Mental Health supervise the treatment of mental health patients in our correctional facilities. It is in the Joint Committee on the Judiciary.

Senator James Eldridge of Acton has introduced S.1578 and Representative Liz Miranda of Boston has introduced the companion, H.2504, “An Act to Provide Criminal Justice Reform Protection to all Prisoners in Segregated Confinement”. These bills have several provisions to assure proper humanitarian treatment. They have attracted a lot of interest among legislators. They are presently in the Joint Committee on Public Safety and Homeland Security.

We believe that connection with family and friends in the free world is critical to an inmate’s rehabilitation. It would be helpful if phone calls were free. In that regard, Senator Cynthia Stone Creem of Newton has introduced S.1559, “An Act Relative to Inmate Telephone Calls.” It is in the Joint Committee on Public Safety and Homeland Security.

By some time in February 2022, quite likely as early as February 2nd, the expectation is that all of these bills will either be recommended for passage, or “referred for further study”, which means they’re voted down in this session of the legislature. If you would like to see these bills passed, tell your state senator and state representative about it. If you need to be sure who they are, visit the mass.gov/legislature site where you can put in your address and their names will appear. And if you go on the site to “Joint Committees”, find the joint committee you are interested in, as indicated above (i.e., Joint Committee on the judiciary is the most popular) and discover which legislators serve on that committee. If one of them is your senator or representative, you can be especially influential in getting the legislation a favorable recommendation.

Looking Ahead
We welcome your suggestions. We also welcome you as a new member of the task team, whether you bring your own issue or want to join in support of those we’re working on now.  Criminal justice is a huge area of legislative concern, and while we have no illusions that we can cover everything, we seek to do the best we can.
Contact me at jontetherly@gmail.com or at 413-594-8500.
Jon Tetherly is Chair of the Actual Justice Task Team of the Southern New England Conference, UCC