The year 2020 has particular historical significance for us, as churches of the United Church of Christ, and in particular as the first churches of the Pilgrims and Puritans.  In 1620, the Pilgrims landed, first on Cape Cod, eventually settling in Plymouth as they sought to find a place to practice their religion freely and live as they desired.  Now, 400 years later, for better or worse, we are the spiritual ancestors of those European immigrants, who were welcomed to these shores by the inhabitants – the First Peoples of this country.  In this year of 2020, I want to call upon our churches to spend some time learning about the impact – then and now – of the way Christians came to these shores. They were in search of freedom and safety, yes.  And they came with a sense of Manifest Destiny.  Those core beliefs and understandings resonate even today in the way we live and move and have our being. ~ Kelly Gallagher, Associate Conference Minister for Justice and Witness Ministries 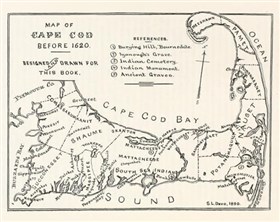 Native Land Digital’s territory map:  Learn the land where you live – where your church resides. What Indigenous communities were there before Europeans arrived.  Teachers' Guide     Why Acknowledge Territory?

Two Rivers  documents the true story of a Native American reconciliation group that began in a couple’s home in Northern Washington state. Within five years many more had joined, and together they launched social and political reconciliation initiatives that changed their community, and race relations across the Northwest.

Dawnland,  a documentary about cultural survival and stolen children: inside the first truth and reconciliation commission for Native Americans. Dawnland aired on Independent Lens in November 2018 and was awarded an Emmy® for outstanding research in 2019.

We Still Live Here - Âs Nutayuneân is the story of the revitalization of the Wampanoag language, the first time a language with no native speakers has been revived in this country.  The Wampanoag’s ancestors ensured the survival of the Pilgrims in New England, and lived to regret it.  Nevertheless, through resilience and courage they kept their identity alive and remained on their ancestral lands. Now a cultural revival is taking place. 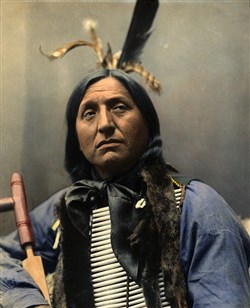 We Shall Remain. From the award-winning PBS series American Experience comes We Shall Remain, a provocative multi-media project that establishes Native history as an essential part of American history.

Indigenous made films from 2019

Doctrine of Discovery  As part of the implementation of the General Synod 29 resolution, the joint working group of Council for American Indian Ministries (CAIM) and Justice and Witness Ministries (JWM) offer this resource for our churches to take up with prayer.

Congregational Library Curriculum - As we approach the 400th anniversary of the Pilgrims’ arrival in Plymouth, we are inviting the churches of the Congregational Way to take up their historical challenge and to create fresh conversations about an old story, one that is deeply embedded in American lore and, for many Native American communities, thick with painful memories. The 2020 anniversary provides us a unique opportunity—and an obligation, in fact— to engage with those storied Pilgrim Fathers and Mothers as full human beings, as morally and spiritually complex as anyone alive today. (from the website) 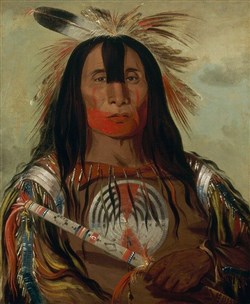 Braiding Sweetgrass: Indigenous Wisdom, Scientific Knowledge and the Teachings of Plants. Robin Wall Kimmerer. Drawing on her life as an indigenous scientist, a mother, and a woman, Kimmerer shows how other living beings—asters and goldenrod, strawberries and squash, salamanders, algae, and sweetgrass—offer us gifts and lessons, even if we’ve forgotten how to hear their voices. In a rich braid of reflections that range from the creation of Turtle Island to the forces that threaten its flourishing today, she circles toward a central argument: that the awakening of a wider ecological consciousness requires the acknowledgment and celebration of our reciprocal relationship with the rest of the living world. For only when we can hear the languages of other beings will we be capable of understanding the generosity of the earth, and learn to give our own gifts in return.  Discussion guide

Encounter. Britany Luby, author. Michaela Goade, illustrator. Two people navigate their differences with curiosity and openness in this stunning picture book that imagines the first meeting between an Indigenous fisher and a European sailor. This extraordinary imagining by Brittany Luby, Professor of Indigenous History, is paired with stunning art by Michaela Goade, winner of 2018 American Indian Youth Literature Best Picture Book Award. Encounter is a luminous telling from two Indigenous creators that invites readers to reckon with the past, and to welcome, together, a future that is yet unchartered.

This Land is Their Land: The Wampanoag Indians, Plymouth Colony, and the Troubled History of Thanksgiving. David J. Silverman. Ahead of the 400th anniversary of the first Thanksgiving, a new look at the Plymouth colony's founding events, told for the first time with Wampanoag people at the heart of the story.

400 Years of Colonization, Doctrine of Discovery and Manifest Destiny, by Kelly Gallagher

Considering our Legacy: Doctrine of Discovery, by Kelly Gallagher

Changing our Destiny, by Kelly Gallagher