Your Vote is Your Voice – Don’t Give it Up!

An average election in the United States has around 60% of the eligible voting population turning out at the polls...With the rise in popularity of suppressive voting legislation, we may see an even lower turnout than normal in this election. What can we do to get out the vote?

Don't give up your voice...And encourage others to vote too! Here are some helpful resources.

10 million voters who selected the environment as their #1 priority did not vote in 2016. Be the change! Vote your values; sign the SNEUCC Environmental Ministry Team's Creation Care Voter Pledge, and encourage others to do the same.

Churches: Join the Congregation Climate Justice Voter Challenge by inspiring 75% of those worshipping with you to take the Creation Care Voter Pledge! 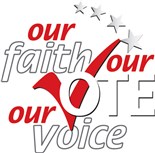 Our Faith, Our Vote, Our Voice

From the United Church of Christ: The problems in our world often seem too big to confront. We see injustice every day and feel that change can’t or won’t happen. But our faith is infused with hope and built on a foundation of action. By serving the vulnerable, feeding the hungry, and standing in solidarity with the oppressed, we serve as God’s hands.

Our Faith, Our Vote Team Letter: Make Every Vote Count!

UCC Our Faith, Our Vote, Our Voice web page of resources

"One Pagers" around voting and social justice issues - new for 2020!

Voters Should Not be Intimidated, resource from the Brennan Center for Justice

Equipping for the Election webinar:  All over the country people of faith are rising up to defend democracy by being a vigilant spiritual witness at the polls. This training (recording) will cover what the role of the precinct chaplain is and more.

Action Center:  Are you registered? Where do you vote? Can you vote early? And more!

A Liturgy of Hope and Release for Election Season & the Weeks Following, by Sarah Are

Your Rights as a Voter on Nov. 3:  What to do if you are intimidated or kept from voting

Daily Prayers and Guidance from the Vermont Conference, UCC

Voting as a Spiritual Practice

Yoga/Meditation for Election Anxiety and Support

8 Questions That can Help You Survive Election Stress

A Month of Prayer Before the Election, from Beavercreek UCC.  This resource is shared with permission for you to use with your ministry setting.

It's Time to Stop Being an Individual, by Rev. Victoria Alford Guest, Environmental Ministry Team (9/3) 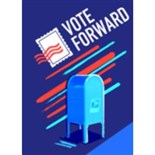 This organization has found 10 million people who are registered to vote but seldom if ever do.  Volunteers sign up to adopt several of these voters - 5, 20 or more - printing a letter encouraging them to vote. The volunteer adds two or three sentences of their own on why they vote in every election, before mailing the letter on a designated date.  Great way for individuals, families and congregations to get involved! Sign up at Vote Forward.

Connecticut:  Residents may vote by absentee ballot due to Covid-19